Our campaign to have both the 4G and 3G Tower equipment removed from public land at McKillop Park has now finally succeeded with the removal of the electro-magnetic equipment on 30 March.  Photos attached show the transition.

Behind this removal is our other negotiated achievements that should be re-iterated, including:

Our campaign and its community backing led to the involvement of both State and Federal Governments and these arrangements have apparently now been adopted by the telecommunications industry and are to apply Australia-wide.

Optus has confided that it has not encountered such a concerted community campaign against one of its towers. The volume of submissions was unprecedented.

Approx. 150 people participated in the community consultation and walking tour at Freshwater Beach Reserve on 25 March.

Through this process, OF is campaigning for: –

Two members of the Friends of Freshwater have nominated to fill positions on the project team.

A determined group of Freshwater organisations including the Harbord RSL Sub Branch; Freshwater Surf Club; the Harbord Literary Institute and the Friends of Freshwater, has been steadily refurbishing the Soldiers Avenue of Honour Living Memorial to its former grandeur.  A century ago, grieving mothers who were involved with some of these organisations, were at the heart of its initial establishment. In the process, the century long history of those who served in international conflicts and their families is being rediscovered.

Along the way, the Soldiers Avenue of Honour Stakeholders Group has garnered support from the three tiers of government and even the energy utility Ausgrid, which last year undergrounded all high voltage cabling in the Avenue at an estimated cost of $500k, in part to protect the 66 heritage listed trees. Northern Beaches Council has also provided new footpaths, historic street signage and permission to install public verging.

Recently the NSW Minister for Veterans Affairs, David Elliott, visited the Avenue of Honour and provided another cash boost with a small grant from the Community War Memorials Fund. This will be put towards the installation of footpath memorial plaques beside heritage-listed trees.

Everyone recognises the need to upgrade the Freshwater Coastal Reserves and their amenities, but it is great to observe local beachfront businesses getting in first. Both Café Calm and Pilu have recently upgraded their kiosks/cafes. This has involved additional seating, outdoor decks, lighting and comfortable furniture. With the aid of extended liquor licences, they are now able to serve wine and beverages in a controlled outdoor setting. Pilu has one of the best wine lists of any restaurant in the country and this will be at the disposal of its Café Bar called “ Il Birreto”.  Likewise, at Café Calm, owner Cedric La Page, displays his French lineage, with his reliable choice of wines and cocktails. On a splendid Freshwater day, there is nothing better than a glass of wine in these distinctive  settings.

The construction industry is well accustomed to delays caused by wet weather (and even builds its probability into contractual agreements), but nothing could have prepared for the constant March deluges including the aftermath of Cyclone Debbie.

Pumps have been going overtime and workers have had to resort to indoor work. Concrete Pours have been hampered and some sites have been working extended hours.

The 16 apartment complex “Kahana” at 18 Marmora St looks to be nearing completion with residents anticipating a mid-year occupancy.  The FRESHWATER 23 Unit Apartment and retail complex looks to be making up good ground after delays and its structure is nearing ground level. The New Dawn Diggers appears to be ahead of schedule with structural work above ground level on the Carrington Road/Lumsdaine Drive boundary.

Surprisingly Mounties on behalf of the builder has resurrected its Modification for an extension of working hours in midweek to 8pm and on Saturdays until 4pm.  The previous proposed modification of building hours was withdrawn in November 2016.

Friends of Freshwater will again lodge a submission opposing this and protect the community amenity.

A re-union on 23 April 17 of the descendants of World War 1 soldier, Sapper Fred Reynolds, will be held at his memorial in the Soldiers Avenue of Honour. Reynolds grew up in Crown Road Freshwater and enlisted in the AIF in 1914 as an Engineer. His military experience was cut short by his abrupt death on the shores of Gallipoli as our troops were attempting to land on the peninsula. His dead body is depicted in a famous photo of the Anzac Day landing. This image is now cast on the Information Plinth at the entrance to the Soldiers Avenue of Honour.  His memory is also recorded in a Footpath Memorial Plaque beside a Lone Pine tree planted in 2015 in his honour.

Reynolds’ descendants, including the Mazen, Anderson and Austin families, will gather there on Sunday 23 April at 11am. The Sunday before Anzac Day is traditionally a day of Commemoration in Freshwater.

The amount of plastic products floating around our oceans and its impact on marine-life is a cause for great concern. This is more so because we have caused it and there are relatively simple strategies to fix it.

On any given day there are Freshwater residents walking our beaches and picking up gross pollutants such plastic bags, take-way coffee cup lids and used sushi sauce sachets. These have either been flushed down from our storm water system or have been washed up with the incoming tides

Is it possible that we could have a Plastic-free Freshwater?  Already society is swiftly moving in that direction with some supermarkets not issuing free plastic bags, charging for them, or replacing with paper substitutes.

One of our Friends of Freshie members, Mark O’Brien is screening a film on the subject at his premises, Qi Yoga, at 2 Albert Street, Freshwater, on Saturday 22 April. A flyer is attached and will also be circulated on the FOF Facebook site.

Arthur Costin’s great folly, the heritage listed Freshwater View Estate (now called Freshwater View Reserve) passed into the care and control of Warringah Council in 1962 upon Costin’s death.  He had owned this property since before WW1 and had grand plans for a mansion with extensive gardens which were never realised. Located behind a high stone fence in Pavilion Street, its three stone terraces offering spectacular views across Freshwater to Palm Beach are now a cherished asset.

Costin was the “Great Gatsby” of Freshwater and his properties included a housekeeper and resident gardener cottages and his own cliff- hugging camp (of which the foundations still exist).

Unfortunately, only the upper terrace of this Reserve is available for community use. It is also booked for functions and is a favourite wedding venue from which Council earns a tidy income. The lower Terraces and stairs to Costin’s former Camp and thence the beach, are overgrown and unloved, except by those who seek to reach the notoriously dangerous ‘Secret Rock’. At this place, four people have died in recent times.

Through the process of the Freshwater Coastal Space Master Plan, the Friends of Freshie will be seeking to have a Freshwater View Reserve Plan of Management instigated which will seek to prioritise the whole of this Reserve. We would particularly advocate a safe lookout to be established above Secret Rock so that the whole community can enjoy this view. The former Manly Council achieved this at Fairy Bower, and Pittwater Council at the Warriewood Blowhole.

It comes as a shock to find that children and even teenagers across western societies have little understanding of where their food, vegetables and even water are sourced.

It is heartening that 4-5 years-old children at Harbord Community Pre-School (based in the Harbord Literary Institute) are currently learning about sustainability and food production. Recently their teachers took them on an excursion to Freshwater Community Garden and they were able to see, taste, smell and feel a range of herbs and vegetables being grown. At the garden, they learnt about Australian Native Stingless Bees, compost worms, irrigation systems, soils and fruit trees. They saw that water was being collected in a tank connected to the roof of a nearby garage. They also saw frogs in a frog pond. And all of this at a pre-school age.

The Duke can only wonder what was spoken around the dinner table that evening.

OF FRIENDS OF FRESHWATER

CONTINUE TO Strengthen OUR VOICE.

The Friends of Freshwater is one of the biggest apolitical activist community groups on the northern beaches. If you wish to join or renew membership for 2017 then please see the details at the foot of this page. 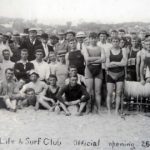