THE POWER OF MANY WRITTEN SUBMISSIONS

In a recent edition of the Duke, we called for public submissions to be submitted by members to Northern Beaches Council on the provision of a heritage footpath for the Soldiers Avenue of Honour.
Through social media and email, the Friends of Freshie sought to lift the priority of this foot path from one which would likely never be built to one that would be built in the near future. This would enable the timely installation of plaques to commemorate the Centenary of the Avenue of Honour (which was first named by Council in 1919).
Council received 151 submissions from across the northern beaches to its Walking Plan, of which 120 were from Freshwater concerning the heritage footpath in Soldiers Avenue.
The weight of these submissions was such that Council made special provision to commence work immediately.
It has decided to: -Complete the Project by Remembrance Day 11th Nov 2019

It just goes to show that well-written submissions in large numbers have their own persuasive strength. Many thanks to all those who made submissions. More strength to you.
The overall Walking Plan was approved by Council on 22 April 2019.

THE PHANTOM CARVER IS TERMINALLY ILL 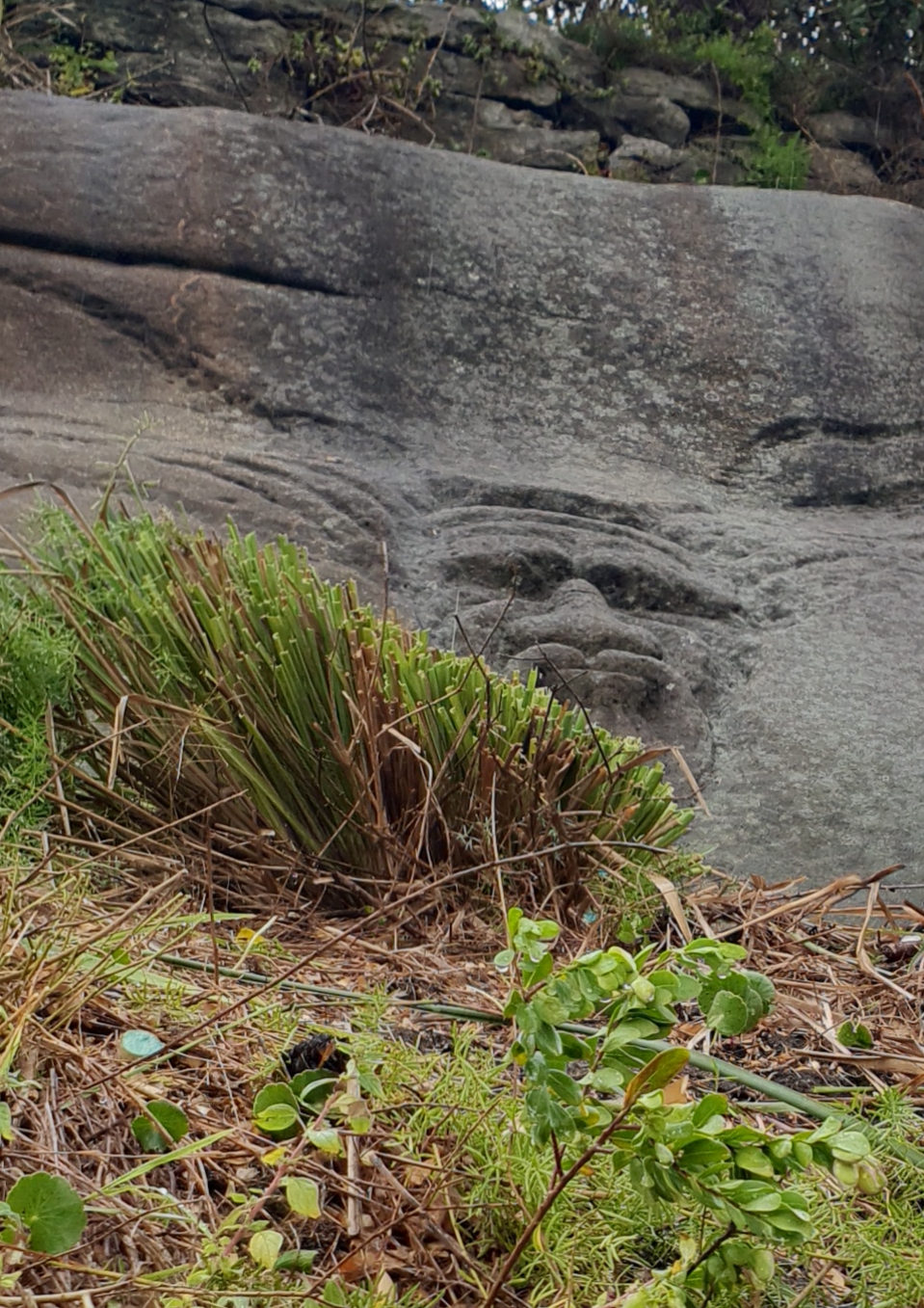 If you look closely, while walking around the coast of the northern beaches, you will observe random rock carvings of animals, aboriginals and even trains.  In Freshwater, on both headlands we have rock carvings along the paths. These are the work of Mick Leslie, also known as the “phantom carver”.  For many decades he has been making his mark on our sandstone outcrops. They are not to everyone’s liking, and some even regard them as environmental vandalism, but they have stood the test of time, and Council is considering including them in its register of public art. Some of his carvings constitute way marking and this is so at Queenscliff Steps where his carving of 1880, at both ends, dates the arrival of this important thoroughfare.

Mr. Leslie, now 92, is terminally ill with cancer and is thought to have not long to live. His carvings will live on as a memento.

THE SOUNDS OF SILENCE…. FRESHWATER STILL WITHOUT A SUPERMARKET (Update)

Our community and our village businesses are none the wiser as to when, or if, a supermarket is going to open in Freshwater Village. The brand new 1200 square metres of retail space has been empty since October 2018 leaving our community without a convenient, close, source of fresh fruit and vegetables. Commendably, our local butcher is selling milk and The Captains Shop is selling a limited range of fruit and vegetables, and has plugged the gap left by the closure of our news agency.
The lack of an anchor tenant in this retail space has also had a debilitating impact on village businesses, some of which are now closing their doors and departing.
“Berties” and “Blaek” on the southern side of Lawrence Street have left for sites in Manly obviously hoping for greater pedestrian traffic.
Already there are empty shops and likely to be more. Their emptiness is compounded by the fact that one particular landlord is seeking rents well above what the tenants have the capacity to pay. A solid dose of realism is needed.

A Super IGA for Freshwater?
There has been no significant work on the Super IGA since we last reported. It is still likely that the eventual, probable, anchor tenant of the Retail space in the “Freshwater” complex is the Karellas Group, who are associated with the IGA/Metcash for basic grocery items, but operate under the Supa mart brand for other supplies.
If the experience from its other 6 sites (Cremorne; Rose Bay; Pyrmont, Pennant Hills; Blaxland and Rozelle) is anything to go by, it probably will attempt to offer a one-stop shopping experience focussing on fresh local produce. The Group is fast growing, after its successful initial foray into supermarket operation at its Cremorne site. It has converted the old Festival Records site in Pyrmont to a supermarket as well as the former Tram sheds factory building at Harold Park, near Glebe. Its MD, Vas Karellas is 42 and his brother, Andrew, is 40 and both are closely involved with every stage of the business.
Their arrival in Freshwater cannot come soon enough although latest mail suggests an April start. 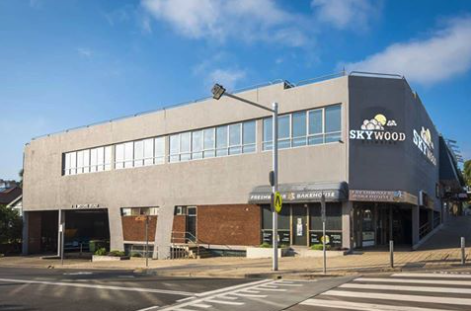 A DA has been lodged BY SKYWOOD CLIMBING with Northern Beaches Council for an indoor bouldering facility with potential to accommodate 100-150 persons.
This former retail space still has refrigeration and a loading dock suitable for a large fruit and vegetable outlet.
During the public submission phase Council received mostly adverse submissions citing noise, traffic and closeness to residential properties.
Given that there will be no change to the building structure with only interior modifications including toilet and showering facilities, it is likely that the DA will be approved.
Bouldering, like its close cousin, Rock Climbing is a fast growing sport and has been recently included in the Olympics. It is not rock climbing as most of the activity is horizontal movement only. This means that the various climbing challenges do not require height. It is a sport for adults and young adults and attracts senior school participants.
Of note is the fact that rocks at the northern end of Freshie beach have been used for bouldering for a long time.
One of Skywood’s prime movers is Yossi Sundakov-Krumis who has been selected as a member of the Australian Climbing Team.
Approval of the DA will involve a change in building use to Recreational Centre, Indoor.
It is clear that this Centre will place additional pressure on parking in the Village plaza as participants are likely to seek parking for hours rather than minutes, as was the case with the previous supermarket. 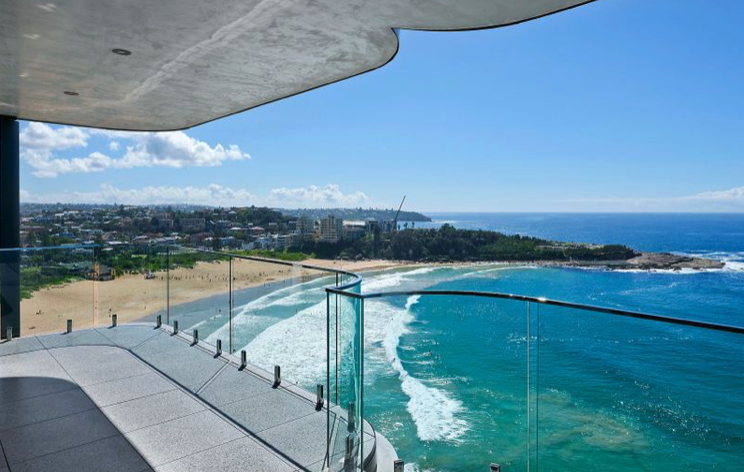 From Freshwater’s uninhabitable, ugly duckling, to an impressive apartment complex, the transformation of 5 Pavilion Street has been remarkable.  With its apartments recently selling for $5m and $6m, others appear to agree.
Friends of Freshie previously agreed with the approval of this apartment complex subject to a geotechnical survey, when it came up for consideration in the Land and Environment Court.

FARMERS’ MARKET INITIATIVE (update)
We reported in the last edition that Council has sought tenders for a fruit and vegetable market to be held each Sunday in the Oliver Street Car park. These closed on 28 February.
We have been advised by Northern Beaches Council that Cambridge Markets was the successful tenderer. It will commence on a weekly basis from Sunday 19 May offering a range of fresh fruit and vegetables.

HAVE YOU HEARD OF GEOCACHING?
Geocaching is a real world outdoor treasure hunt that has a number of sites in Freshwater. It enables the exploration of interesting locations using GPS receivers. Each player has a personal code and, upon location of the cache, is required to record the date and time of location. If the cache is in the form of a gift, the participant has to replace it with equivalent or better gift.
This worldwide activity is an innovative way of learning about the nooks and crannies of our neighbourhood. 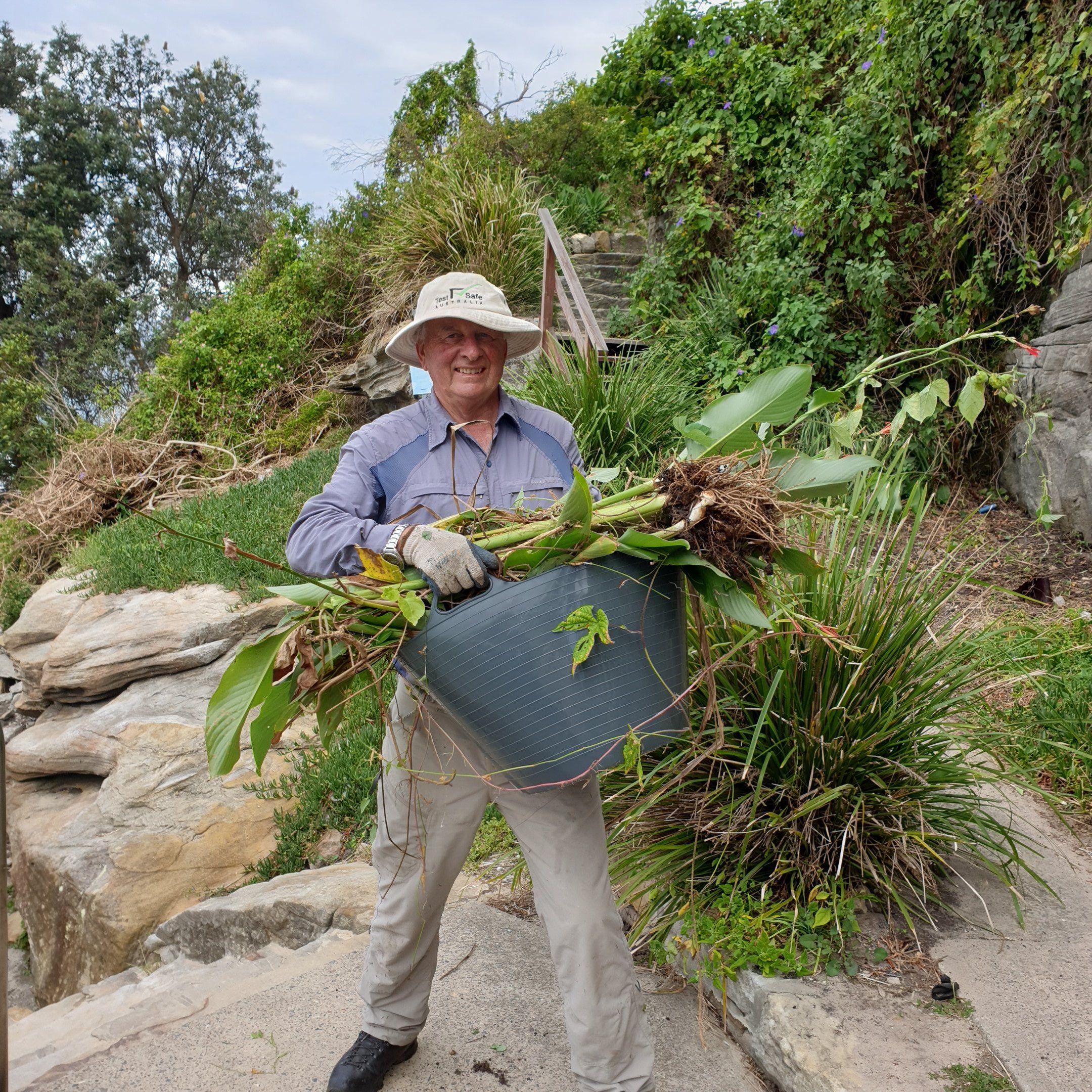 Come and join a keen group of Freshwater volunteers that has been patiently removing a major infestation of weeds that had threatened to takeover Freshwater Beach’s southern headland.
Over the last few years these Friends of Freshwater members have removed tonnes of noxious weeds and replaced them with native species.
This is very satisfying “work” and the “workplace” views are unbeatable.

Now that the cover of poisonous phoenix palms, lantana, madeira vine, morning glory and Crofton weed has been removed, surfers can now clearly see the shape of waves from vantage points around Queenscliff Steps.
The pathways through Undercliffe Reserve on this headland are an integral part of the NSW Coastal Path and are used by many international visitors.
Come and join with us in this vegetation rescue.
We meet at Queenscliff Steps in Freshwater on alternative Thursdays and our next session is on Thursday, 9thMay at 1pm for two hours. For more details, contact harlquin@gmail.com

PHASING OUT THE FRESHWATER CLASS FERRIES FROM THE QUAY TO MANLY RUN. 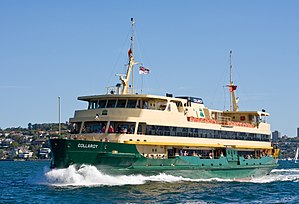 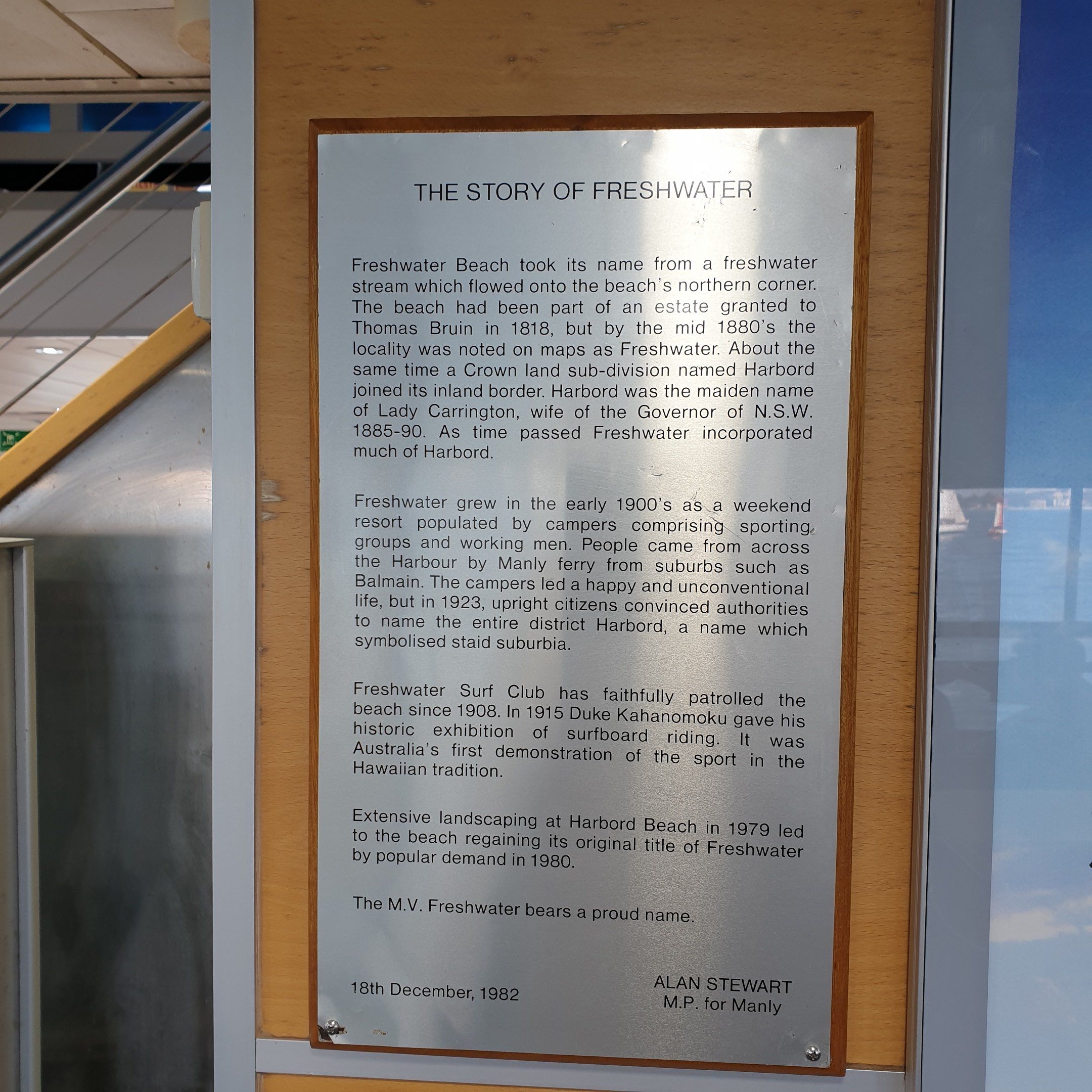 There was widespread community concern at the prospect that the Freshwater Class Manly Ferries might be scrapped.  These have been plying the Harbour since 1982 and have provided yeoman service to our northern beaches community and to international visitors.
These ferries have an indelible association with Freshwater. Not only is one of the class so named, but the Member for Manly at the time the ferries were constructed at the Newcastle State Dockyards and then put into service, was Alan Stewart who still lives in our community. His explanatory words on the history of Freshwater are located on a plaque that is affixed amidships on the Freshwater Ferry. (See photo attached). It is worth a read if you get a chance.  Subsequent Members for Manly including our recently re-elected Member, James Griffin, have also been strong supporters of the Ferry Class and its renowned ability to ferry large numbers of passengers to and from Manly Wharf.
These double ended ferries were built to last and the hull life can be extended into the future. 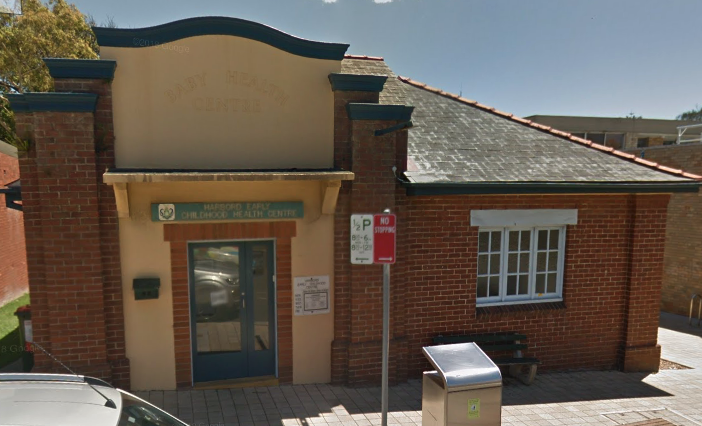 Did you know there are over 1000 sites of Indigenous culture and heritage on your doorstep in northern Sydney?
The Aboriginal Heritage Office, now based in Freshwater, proudly display a vast array of local cultural artefacts in their education and museum space. The new facility also boasts an outdoor space for school and community education sessions.
Their collection ranges from Aboriginal shellfish hooks through to wooden artefacts, some of which are dated back thousands of years prior to colonisation.
AHO Manager David Watts said the Office provides support to Council and the community when it comes to the protection and management of more than 1000 Aboriginal archaeological heritage sites. They also deliver important education programs to students.
“Delivering these services had become a major challenge in our (previous) cramped office space at Manly,” Mr Watts said. “We are delighted to now have the space to better service the community and raise awareness about Aboriginal culture and issues.”
Northern Beaches Council Mayor Michael Regan said he was pleased Council was in a position to support the AHO in finding an appropriate home, better suited to its needs.
“The AHO plays a vital role in helping develop a deeper understanding of Aboriginal culture among school children and the broader community. We are very proud of our involvement with such an important community service.”
The Aboriginal Heritage Office, now in its 20th year, is a joint initiative involving Northern Beaches and five other councils: Lane Cove, North Sydney, Willoughby, Ku-ring-gai and Strathfield.
The new office space location is 29 Lawrence Street in Freshwater and is open Tuesday, Wednesday and Thursday from 9am to 4pm.
Personal tours can be arranged online: http://www.aboriginalheritage.org/contact/contactform/

JOIN the Friends of Freshwater for 2019.
If you are thinking of becoming a member of FOF, or simply renewing your membership for 2019, then hop on line to our website at www.freshie.org.au for easy subscription.
In 2019 our projects are focussed on: