Volume 23, 2020 Update from The Friends of Freshwater Inc.

Recently the Friends of Freshwater met with Council Officers to gain an update on the Beach Reserves Master Plan.

Here are our notes from that meeting 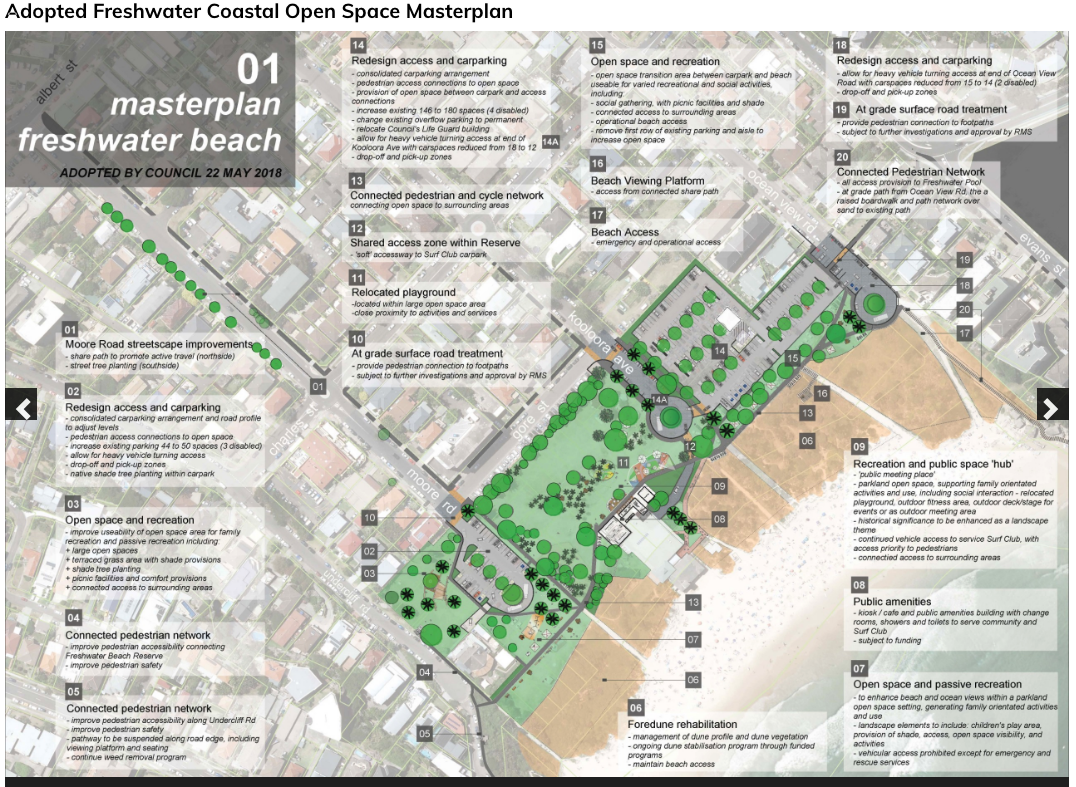 The future of this area is currently the subject of negotiations between the State Administrator of Crown Lands, Northern Beaches Council and the Mounties Group. The DA for the “New Dawn” Diggers site specified that this part of McKillop Park be returned to green space, and Mounties has confirmed in its 6/7 letter to neighbours that it is “seeking to restore to a community landscaped area as per the Northern Beaches Council Beach Reserves Master Plan”.  Also included in these negotiations is a proposed upgrade of the World Surfing Reserve outdoor display area including the “Duke Sculpture”.

In the short term, neighbours will be entitled, with their NBC parking sticker, to park in this sealed area from the 14 July when it ceased to be a construction site.  We were advised that this would be only a temporary arrangement.

This Lookout is to be upgraded to be a focal point along the Palm Beach to Manly Walkway. A major piece of public art will be commissioned on this headland with a major cost being installation of the artwork (given the heritage listing of the cliff face).  The row of car spaces, immediately adjacent to the Swimming Club building, are planned for removal to create a green space picnic area to complement the Lookout upgrade. A new row of car spaces will be established to the north of the current car park to retain the current quantity of parking spaces.

This was recently approved by NBC. It will be the subject of a tender process and the chosen design will be made by an independent Panel and approved by Council.

Funding for the extension of this walkway has been secured ($1.5m) and the path will proceed along the rock platform and then gradually ascend to the Lookout. It complies with a required gradient of 1/15 as specified in the Disability Code.
The Walkway,as it passes by the Lookout, is intended to descend gradually in front of the Swimming Club and will enable disability access to Freshwater Rock Pool for the first time. Council wants to give this a priority. The current steep access near the Headland, although not part of the Walk Way, will be maintained for emergency service access to the Rock Pool and the platform.

The Walk Way, as it continues to the northern end of Freshwater Beach, has to negotiate a wash zone, which will require considerable design consideration to make it happen.

Work on this area is scheduled for winter of 2020/21.  It includes the green space between Undercliff and Moore roads, the treatment of the turnaround, the pathway extension up to Bridge Road and Queenscliff Steps, and the children’s playground. It also includes guidance marking for signage directions to the Beach.

Work on this area is scheduled for winter 2022.  It includes construction of a roundabout at the end of the Road, removal and relocation of the playground away from the road (as a risk management issue for small children) and conversion of the overflow car park to a permanent park. This proposed car park has major engineering issues as the Freshwater Creek stormwater pipe passes underneath and Sydney Water has hydraulic infrastructure to enable the storm water to be lifted from a low datum point in Kooloora up to the Beach. This area was also previously the location for the former Freshwater lagoon.  The whole of the car park alterations is scheduled for winter 2023.  There was no mention of the relocation of the Lifeguard Northern Beaches Equipment shed.

Upgrading of toilet amenities at the Surf Club

This was discussed and we were informed that the Surf Club was not prepared to fund a new toilet facility at the south-western corner of the Club.

We were also advised that further public consultation would be part of the process for each stage of plan implementation. 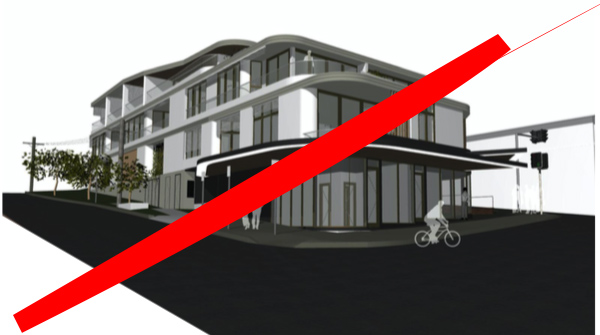 This proposed development raised significant community concern with 40 detailed objecting submissions and none in support.

Three specialist reports of Council have not supported this Development Application and it will not be able to proceed in its current form.

The Urban Design, Landscaping and Engineering Reports have all raised substantial non- compliance concerns with the planning controls for this development. 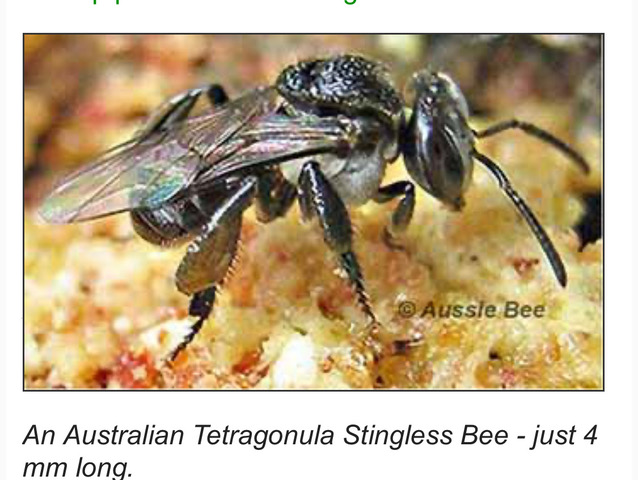 Worldwide, bees and other pollinators are in decline because of land clearing, pesticide use, pollution, diseases and climate change.

In Australia, there is a collective and real concern for the future and just how viable beekeeping will be.

What’s more, bees are more important to our economy and food security than most people realise, with more than two thirds of Australia’s agricultural production dependent on bees for pollination.

Freshie Community Garden is now home to two colonies of Australia Native Stingless Bees (known as tetragonula or sugar bag bees). Pollinating plants is their main activity and 70% of the food that we consume is pollinated by bees including all of our fruit and vegetables.  Look around our garden and you will find these hardy, small and dark bees, constantly at work on our macadamia, strawberries, nasturtium, grevillea, and lillipillies as well as all our citrus. Unlike their European counterpart, their smaller size allows them to pollinate tiny, hard-to-reach blossoms.
Our coastal location is ideal for them and they can work within a radius of 150 metres sometimes extending to 500 metres.
One important role for our garden is native bee conservation, as their natural hives in the suburban tree scape are disappearing. We will constantly need to plant native flowering plants for them to pollinate.

It has now been discovered by University of QLD scientists that the honey generated from stingless bees contains a rare form of sugar which has significant health benefits.
It has a much lower GI than regular sugar. Indigenous people have long claimed health benefits from native honey and now there is the science to back up those claims. In high end restaurants, sugar bag honey is widely prized for its taste and can fetch up to $200 per kg, despite being produced in a far more unregulated way than standard honey.

Recently Harry Elliffe, a respected elder in the conservation movements of Curl Curl and the Northern Beaches, passed away, aged 95. Councillor Sue Heins moved a motion, at a recent Council Meeting, to have the unnamed South Curl Curl board walk named in his honour. In her speech she said,
“It was a sad farewell to a well- known environmental crusader of the Northern Beaches community. Harry spent over thirty years tirelessly maintaining the Curl Curl Boardwalk along Carrington Parade, and working with the Curl Curl Lagoon Friends to restore the lagoon in John Fisher park back to health.
Harry was born in New Zealand and moved his family to Sydney in the sixties. He worked as a civil engineer, first operating his own roadworks business and later as an engineer with the Warringah Council.
His interest in the environment flourished when he and his late wife Bev moved to Curl Curl and Harry realised his long passion for coastal and estuarine restoration, combining his engineering knowledge with his prolific gardening skills.
As the years went by he became well known to walkers along Carrington Parade, and when the boardwalk was completed he was a familiar sight quietly tending to the native vegetation alongside.
In 2001 Warringah Council awarded Harry and his wife, Bev, an Outstanding Community Service Award. Telstra White Pages featured them on the cover of their 2003 directory as part of a Landcare promotion. In 2013, the Curl Curl Lagoon Friends named him an Environmental Warrior in recognition of his service to the enhancement of Greendale Creek, John Fisher Park and Curl Curl lagoon and beach, and in 2018 he was the Northern Beaches Senior Citizen of the year.
To commemorate his tireless efforts along the foreshore between South Curl Curl and Freshwater, a fitting dedication would be to name the walk along the cliff tops after Harry. The walk commences at the car park above South Curl Curl Rock pool and terminates where the stairs meet Lumsdaine Drive opposite Harbord Diggers” 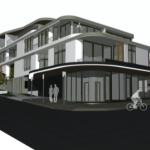