Volume 24, 2020 Update from The Friends of Freshwater Inc.

A DECADE OF COMMUNITY ACTIVISM

On a pleasant Saturday October morning in 2010, nearly a thousand Freshwater residents, with placards, marched down Lawrence Street in protest against a proposed 100 apartment development on the northern side of the Village. On that day and subsequently, the Friends of Freshwater was born.

Harbord/Freshwater had a history of poor planning dating back to the 1970’s which, subsequently, led Warringah Council twice into administration. The community rallied then against illegal developments and a new Local Environment Plan was promulgated in 1996.  It rallied again when it became clear that more planning protection was required to prevent things such as building height abuse.  The Freshwater Village Master Plan (now incorporated into a Development Control Plan) was enacted in 2012 and every Freshwater development since has been assessed against those provisions. The Friends of Freshwater was closely involved with these planning arrangements.

Over the last decade, we have: –

RENEWAL OF MEMBERSHIP FOR 2021

The Friends of Freshwater currently has a membership of 546 but many of our members are not financial.

We have made arrangements through our website www.freshie.org.au for electronic membership payment renewal.  This is linked to Freshwater Community Bank. Simply go to the website and click on the MEMBERSHIP tab for direct deposit or credit card payment options.

For those who have recently renewed in the last few months with a family membership, please ignore this as your membership will take in 2021.

Statement of Objectives for 2021

Your current Executive has been working hard to establish a set of objectives to guide us through the upcoming year.

Construction work to upgrade the inner sections of the Hotel is continuing apace with a focus on improved amenities, accessibility, and preserving and uncovering the heritage of the building. This is Stage 1 of a three stage refurbishment process which will included new facilities for the upper floor and the attic, as well as the construction of a new short-term accommodation wing on the rear car park. Underground parking is also planned to expand capacity three-fold.   Provision is being made for kid-friendly areas and it is expected that the Hotel will eventually employ 59 full time staff once the refurbishment is completed.

The northern beaches have long had a shortage of quality, short term accommodation and Freshwater, apart from a few B and B’s and currently has none.

Work on the first stage of the refurbishment is due to be completed by Christmas. 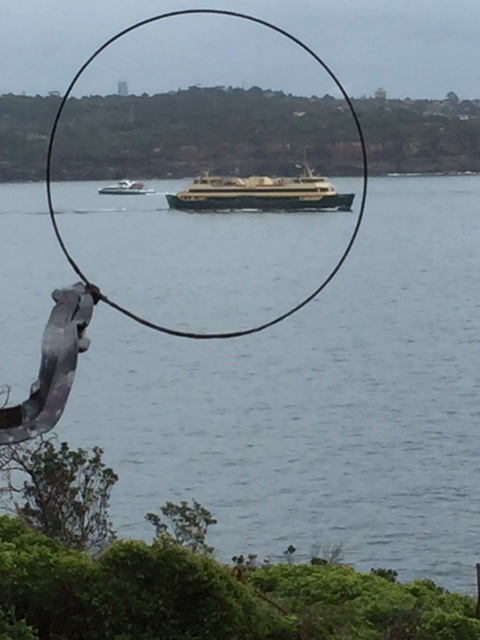 The Freshwater community has had a long relationship with the Freshwater Class Ferries. Two are named after beaches within our post code of 2096, Queenscliff and Freshwater.

All are doubled-ended ferries, specifically designed for berthing at Circular Quay and Manly Wharf without having to turn around. They also have a capacity to withstand heavy ocean going seas that sometimes roar through the Sydney Heads and render smaller ferries unsuitable.  The “Freshwater” was built at Newcastle State Dockyard by shipwrights and welders that were regarded as artisans in their field, and this writer was in attendance at its launch in 1982. Its hull life is still relatively young at 40 years for vessels of this kind, and it has been well maintained over the years at the Balmain Ferry Terminal.

When the 3-Ferry timetable was reintroduced in 1978, it became apparent that ageing ferries such as the Barragoola and North head would have to be replaced, as they were regularly unable to meet the new timetable.  In 1980, at the behest of the newly elected Member for Manly, Alan Stewart, (who still resides in our community) the then Wran Government commissioned the four ferries of this Class. They were designed to carry 1200 passengers at 18 knots to meet a strict timetable.

Throughout the last four decades, all elected Members for Manly have had a close association with the operation of the Ferries and the state of Manly Wharf.

It is therefore of no surprise and should be applauded, that the current Member, James Griffin, is adopting a “Not on My Watch” approach to their possible removal.

The Friends of Freshwater will also be campaigning for their retention and continued maintenance.

RECHARGING OF ELECTRIC VEHICLES IN FRESHWATER

One of the major obstacles to the uptake of electric vehicles (apart from their cost) is the lack of easily accessible charging stations beyond the one’s home.

A recent initiative of electricity supplier, Ausgrid, and the start-up, Jolt, seeks to convert street-side power kiosks to EV Chargers. This widespread electricity infrastructure, of which there are at least more than a dozen in Freshwater alone, will be repurposed to overcome the electric barrier. According to Ausgrid CEO, Richard Gross, “It is exciting that Ausgrid is part of this world-first initiative, which is taking existing infrastructure and transforming them into state-of-the art charging stations”.

In Freshwater, we already have a 14 KV Ausgrid Electricity Sub Station conveniently beside the Oliver Street Car park, as a perfect opportunity for an EV Charging station. 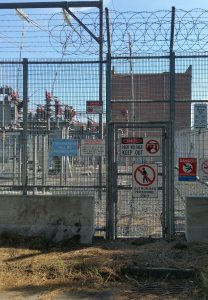 As well as for those many kiosks scattered around Freshwater. These deliver reliable power to existing medium density apartments. 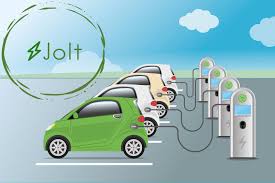 The JOLT proposal will see free charging for 15 minutes, to enable vehicles to travel a further 45kms. Charging for longer periods will involve a small cost. 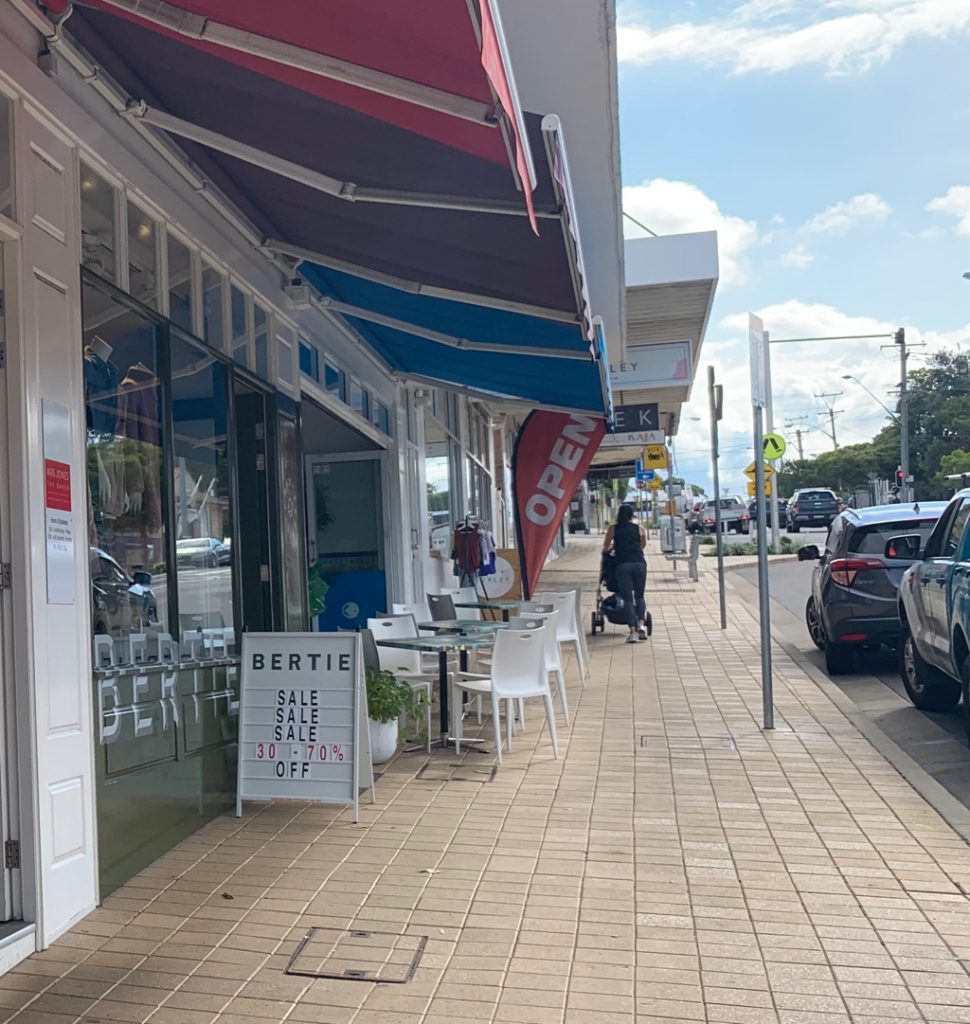 It is now widely known that the extensive shop front holdings owned by Chris Zakos on the southern side of Lawrence Street and extending from Dowling St. to the Arcade, have been sold.  The purchaser is said to be the eastern suburbs property developer, Robert Burger.

This is good news for Freshwater as, inexplicably, many of these shops have remained empty for a long time and led to a “ghost town” effect.

Back to the Drawing Board for controversial development at 50 Lawrence Street. 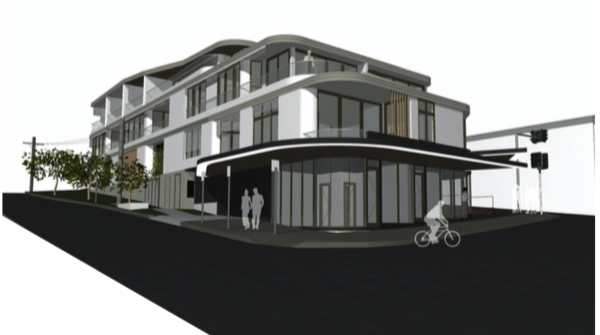 The proposed development of what is currently known as the Robinson Building at 50 Lawrence Street, has run into a headwind at Northern Beaches Council with three specialist assessors, Urban Design, Landscaping and Heritage, not supporting it.

Friends of Freshwater, along with 37 other residents objected to the DA on a variety of grounds but mostly as to the sheer dominant mass of the proposed building and its lack of context with its neighbours and the heritage listed buildings across the road.

“Oceans” Development due to open soon 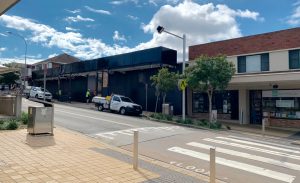 The residential apartments and the two shops in the oceans development will be opening in early 2021. Some of the residential apartments are already occupied and the two shops will be permanently occupied by Community Bank Freshwater and by the local Doctor.  The Bank will move from its current location which will then be leased for a commercial purpose.

The Friends of Freshwater runs the Freshie Community Garden which is also being surveyed for the feasibility of expansion of the pathway that runs beside it. For the 2.5m width proposed for the pathway, this would mean the excision of part of the Community Garden including its fruit trees and Food Hedge.  Needless to add that the community gardeners are strongly opposed to this option.

Our Executive has considered the proposed route and wishes to offer an alternative which would alleviate the concerns of residents of Queenscliff, Cavill, Crown and Dowling Streets.  We propose that the Pathway not operate along this proposed route, but instead utilise the existing, well-received 2.5m Shared Pathway from Manly Village to Warringah Mall along Pittwater Road, then turning at Oliver Street to go up a widened eastern side into Lawrence Street and thence, also, further along Oliver Street on established cycle ways to Dee Why via South Curl Curl.   This would historically follow the pathway of the former tramway that operated until 1952 and similarly made its way from Manly Village to the then Harbord Beach via Oliver and Lawrence Streets and Moore Road.

The Eastern side of Oliver Street as it extends from Pittwater Road is occupied on one lane by a variety of vehicles on a semi-permanent basis including camper vans, trade vehicles and even a school bus. This lane lends itself to become a suitable shared pedestrian/cycle pathway with minimum inconvenience to the community.

One of the consequences of COVID19 is an expansion of beach attendances and increased use of Reserves for public recreation.

Now that the beach season has recommenced, beaches such as Freshwater are to be the focus of heavy use. It is predicted that 3000 will be on the beach at high tide but on average 4,000 people will attend Freshwater beach on any given weekend in summer. This will place inordinate pressure on public amenities such as public toilets. We have raised this issue with the Beach Safety Working Group as part of the COVID Summer Action Plan, and Council is looking to supplement the amenities with portaloos.

Freshwater Beach public toilets struggle to cope with the demand and FOF, along with the Surf Club, has been campaigning for upgraded facilities.  This is clearly the responsibility of Northern Beaches Council.

Alteration and additions to formalise use as a bowling green. (link above for Council DA)

An area atop the current Diggers Club premises which resident’s thought was to be preserved as open space with no public access and not designated for Club use, is now the subject of a DA to formalise its ongoing use as a Bowling Green with the potential for a Bowling Club to be established.  It appears that Mounties now want to commercialise this area for use by Club members. with the possibility of a bar and liquor sales. At present it is a gated area and is reserved exclusively for residents. Needless to add that a large number of residents are opposed to this development.

Construction of a Plant Propagation Structure in Crown Reserve for Freshie Community Garden has now reached the roofing stage. All costs and labour are being met by the Community Garden with a small grant from the Commonwealth Government Agency for the Environment.

Zoom Details as below Financial members only to vote. 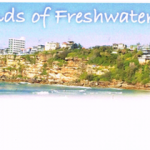