Following extensive community pressure, Council agreed in September 2019 to explore designs for a footpath on the north side of Greycliffe Street.

After a site investigation and a geotechnical assessment were conducted, two options for the ramp were proposed to the community.

The first was a straight, two-metre-wide path from the bottom of the existing stairs to midway along upper Greycliffe Street. The path would follow the existing rock cutting, varying in gradient to help reduce impact and construction costs.
Meanwhile a raised intersection treatment would be added to the corner of Bridge Rd and Lower Greaycliffe St to improve pedestrian safety.

NBC Concept Option 2
The second option was a 1.5-metre- wide ramp that would begin at the bottom of the existing stairs, with a switchback halfway up the slope.
The ramp would have a shallower gradient and flat rest points along the way, while the raised intersection treatment at the corner of Bridge Road would still be constructed.
Two hundred and fifty submissions were received by Council on the designs and while most respondents supported the second option, Council is likely to progress with the first due to the financial impact.

The project will be constructed as funding becomes available, potentially in early 2022, and expected to take around six months. 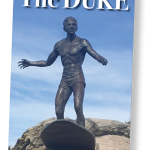