Volume 28, 2021 Update from The Friends of Freshwater Inc.

This heavily used green space is well appreciated by the nearby John the Baptist Catholic School as a casual playground, and by families as a playground for young children. It is also an important part of the Freshwater Anzac Precinct as a War Memorial.  Council envisages upgrading the children’s playground and re-turfing worn areas of the Park.

The Children’s Playground is often impacted by stormwater flooding given its close proximity to the Freshwater Creek Pipe. 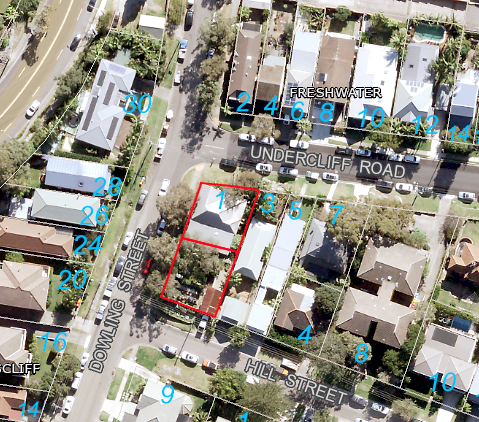 Friends of Freshwater recently made a submission on the second DA for 1 Undercliff Road (DA2021/0504).  The applicant is seeking to put two large dwellings on a site that currently has one.  We say it breaches the LEP by not providing the requisite 40% green space.

We also noticed that the Notification Map for contacting the community as to their input was tiny with only 13 residences notified.   Given that Council had previously knocked back the first DA, there is continued interest in the site. FOF was not notified and we are thankful  for a neighbour alerting us to the situation.

Notification Maps are an essential part of the planning process and wider public communication on DA’s is very important.  Friends of Freshwater have taken up this issue with the NBC Director of Planning and Development. 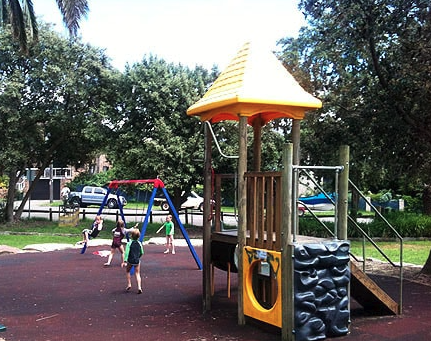 The northern playground will be located to an area away from Kooloora Avenue and closer to the Surf Club.  The southern area will be rejuvenated to include more play activities for children. 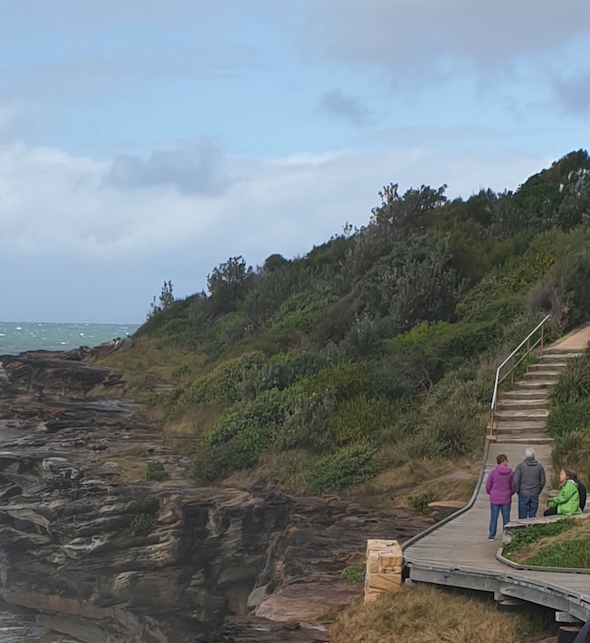 The extended section of the Coastal Walkway from South Curl Curl Pool to McKillop Park is an important component of the Beach Reserves Master Plan.

This boardwalk extension from Lumsdaine Drive to McKillop Park Lookout was scheduled for installation in 2022 but has been pushed out by Council to 2025.

Council has also indicated that it will not be proceeding with a walkway from Freshwater Pool to Ocean View Road at the northern end of Freshwater Beach.  A design study revealed that in order to cope with storms such as the recent 1/100 year event, the Walkway would need to be well above the wash zone. 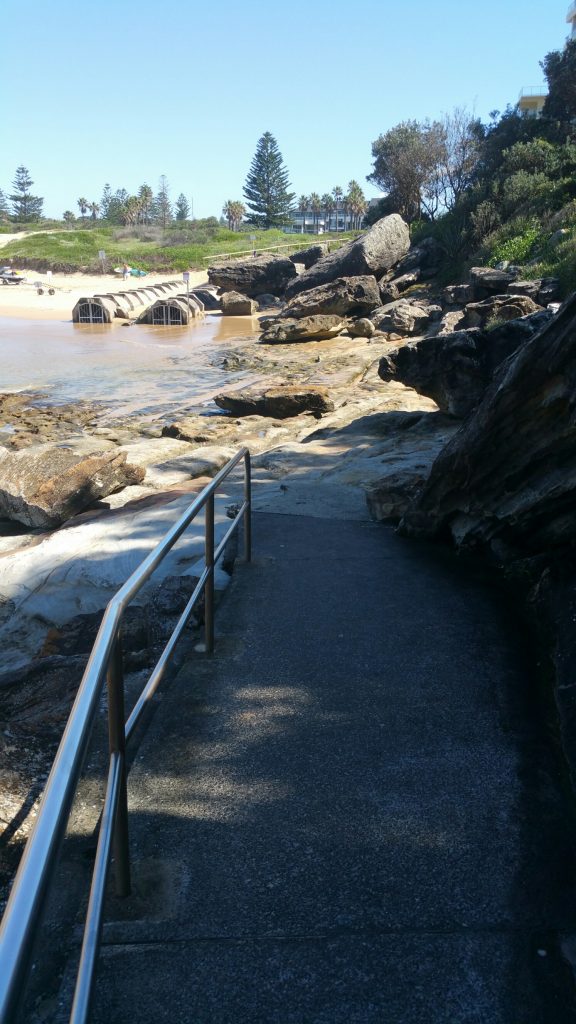 Council formed the opinion that this would be an unsightly and unnatural intrusion on the beauty of this Headland.

Council had previously upgraded the Pool to enable disabled and frail-aged access but clearly this noble objective has now been abandoned. 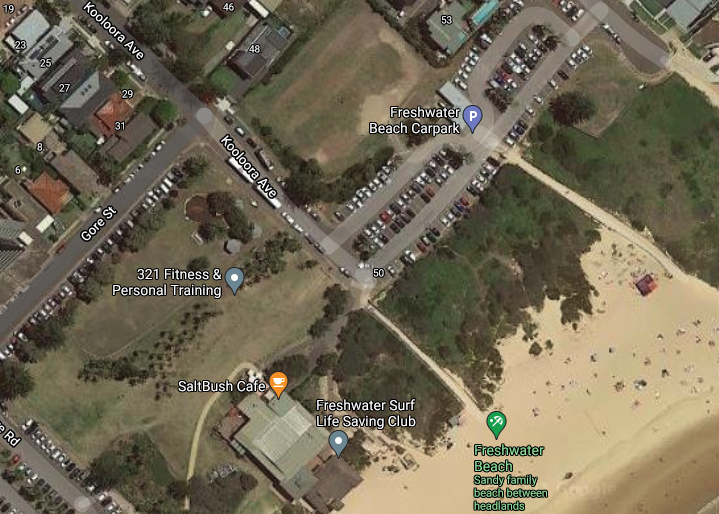 The Overflow Car Park is at the western end of Freshwater Beach, adjacent to Kooloora Avenue. In the Beach Reserves Master Plan it was envisaged as a sealed car park. 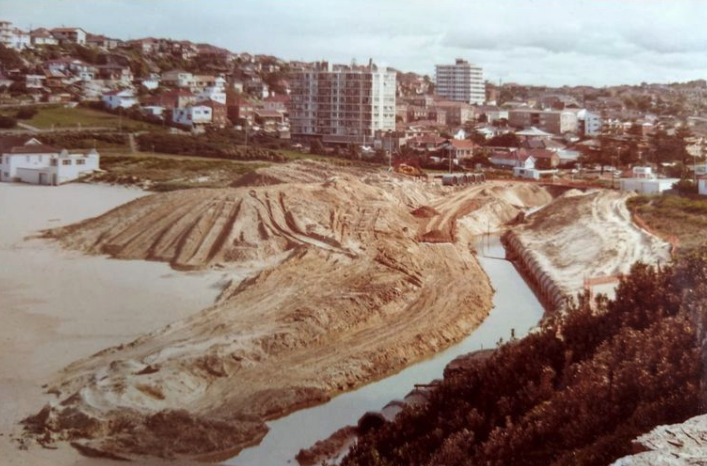 This area is somewhat historic as it was formerly the site of Freshwater Lagoon until it was part of the engineered Stormwater pipe taking the suburbs stormwater to the Beach at its northern end.  Sydney Water has much responsibility for this site as its extensive hydraulics equipment is installed there uplift stormwater to the Beach.

Because of this Council has decided that it will not seal this space due to its high cost.

During major events such as surf carnivals, it will continue to be used for its overflow capacity.

We have been conducting a survey to determine the level of community interest in the retention of the Waves Community Centre as a community asset. Currently it is owned by Mounties Group who give the impression that it is merely an asset for disposal

One of the small treasures of life for anyone from Freshwater is to be able to travel on our namesake Ferry.  The Freshwater double ended ferry has been recently refurbished throughout. Her hull was the subject of treatment at the Garden Island Graving Dock. Rust removed, new windows installed and 4,000 litres of paint was applied to its hull,

The result is a very “slick” ferry indeed and capable of any thirty years of service to our community.   The Duke was able to travel on the Freshwater, in recent big seas across the Heads, unsure of whether the lighter Emerald Class would be up to the task.

As a community, we need to work hard to ensure that all four of these double enders are renovated and fit for decades of service.

The saga of our Freshwater supermarket drags on at a snails’ pace.  It is now likely, when operational, to be an IGA SuperMart, i.e. an IGA +.   Work is continuing on the internal space with fixtures and other equipment being delivered. Whatever is happening is, curiously, going on behind closed doors. One would have assumed that it is advantageous to keep the community informed of the date of opening. NOTHING DOING. 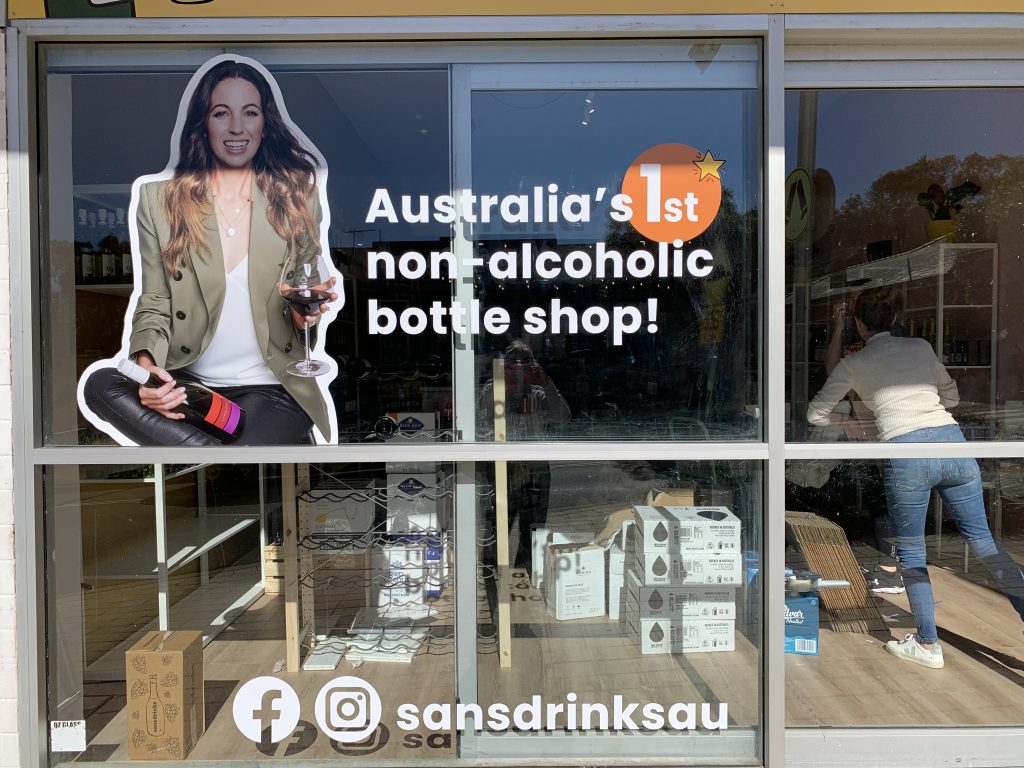 Freshwater Village is awash with premises with liquor licences. Most are not used by their owners. Only two bars and two restaurants use their licences.  It is encouraging that a non- alcoholic Bar has now opened with much fanfare, retailing a range of mock tails and other beverages. Interest is being shown from all over Sydney.

Friends of Freshwater is working up a proposal for a Freshwater Public Art Trail identifying our local talented artists and various sites where public art would enliven the Village and surrounds.

We have discovered that the Mounties Group has a lease on this Crown Land (which it previously used as a car park and then a construction site) until 2022. It allegedly pays $200,000 p.a for the site.  Its Da for the New Dawn Diggers has this land reverting back from car park to bush land. Upon expiry of the lease, it will be returned to green space.

Council has also indicated that it will not be refurbishing the Surfing Memorial nearby. Over to the surfing community to make this valuable piece of surfing heritage happen.

It needs to be updated to recognise recent world champions 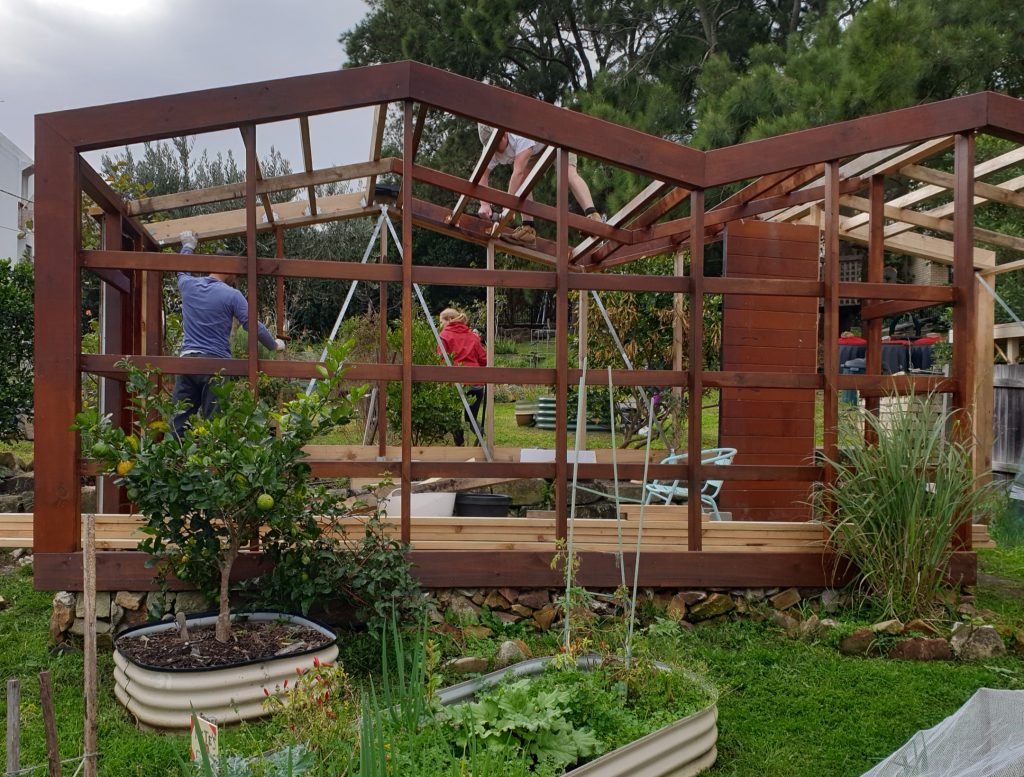 After an amazing community effort, the Plant Propagation Structure in Crown Reserve is now complete. It is already being used for its designated purpose to grow native plants and seedlings for use in the community garden as both food sources and bee attractors. 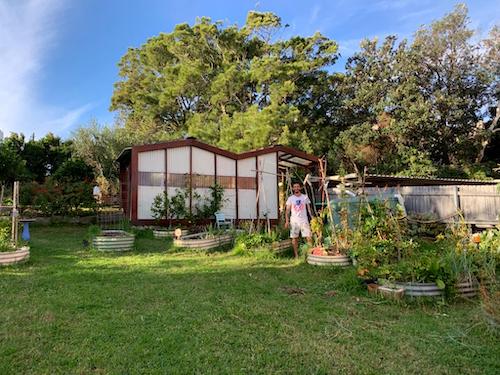 B1 Buses and Keolis Downer 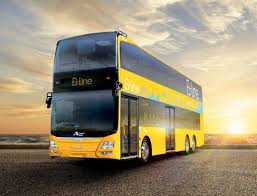 The State Government has apparently broken an election promise with the sale of the highly successful BI Bus Line and its depots at Mona Vale and Brookvale for $900m. Public buses have been operating from these Bus Depots for near a century with permanent drivers.  Keolis, a French company, which operates other transport systems across Australia and internationally, has teamed with the Australian company, Downer, to win the tender. That this deal was undertaken and concluded in the middle of a Covid pandemic, when our community is otherwise distracted, shows little respect for the way in which we value our public transport on the northern beaches.

The new company will be working in partnership with Transport NSW.  It is likely that there will be an urgent push to install 125 Electric Buses into the operation, as well as the installation of EV Charging Facilities at the Depots. 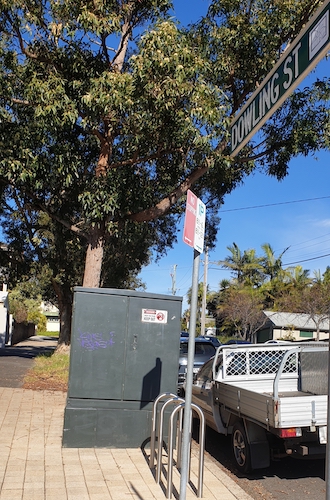 There is also news that AUSGRID is investigating this location in Freshwater as a local Street Public EV Charging station for Electric Vehicles. It was noted that this site could offer EV bike charging given the re are bike racks close.

Citizen science volunteers were recently at n Freshwater Beach Reserve for litter research & collection, using Litterati  app technology. This was used to measure the extent and impact of various types of litter on our beach reserves and beach. It will impact and inform strategy of litter reduction efforts.

They were able to identify litter hotspots and convey this information to the relevant authorities.

We are short of public amenities in Freshwater.  At the Beach the toilet facilities are ridiculously overloaded in summer, and in the Village the 1930’s constructed toilets are embarrassing in their lack of hygiene.  Other suburbs and beaches have had newly installed facilities but not Freshwater. Shame.

The Friends of Freshwater along with the Soldiers Avenue Stakeholders Group and the Harbord Diggers RSL Sub Branch have been calling for the removal of 3 well established Camphor Laurel trees in the Avenue.  These invasive, noxious trees, invade housing foundations, storm water pipes and sewerage systems. It is likely that their roots have infiltrated the main sewer lines to North Head and the Freshwater Creek main pipe to the Beach.

It is planned for these trees to be replaced with Queensland Brush Box.

Freshwater is a real estate hotspot !!

The dream of young people to own an apartment or dwelling in Freshwater is rapidly disappearing over the horizon as real estate sales escalate to dizzying prices.  One feels for those who have been patiently saving for a deposit only to be frustrated by the buoyant housing market in Freshwater.  Such is the nature of this market . Simple houses such as Hinemoa in Albert Street sold for in access of $3m as did the late Phil Rea’s house in Soldiers Avenue. 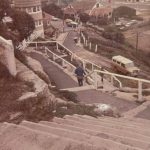 Pilu Restaurant past life as an Old Boarding House 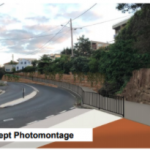