FRESHWATER IGA IS COMING, BUT SO IS CHRISTMAS. 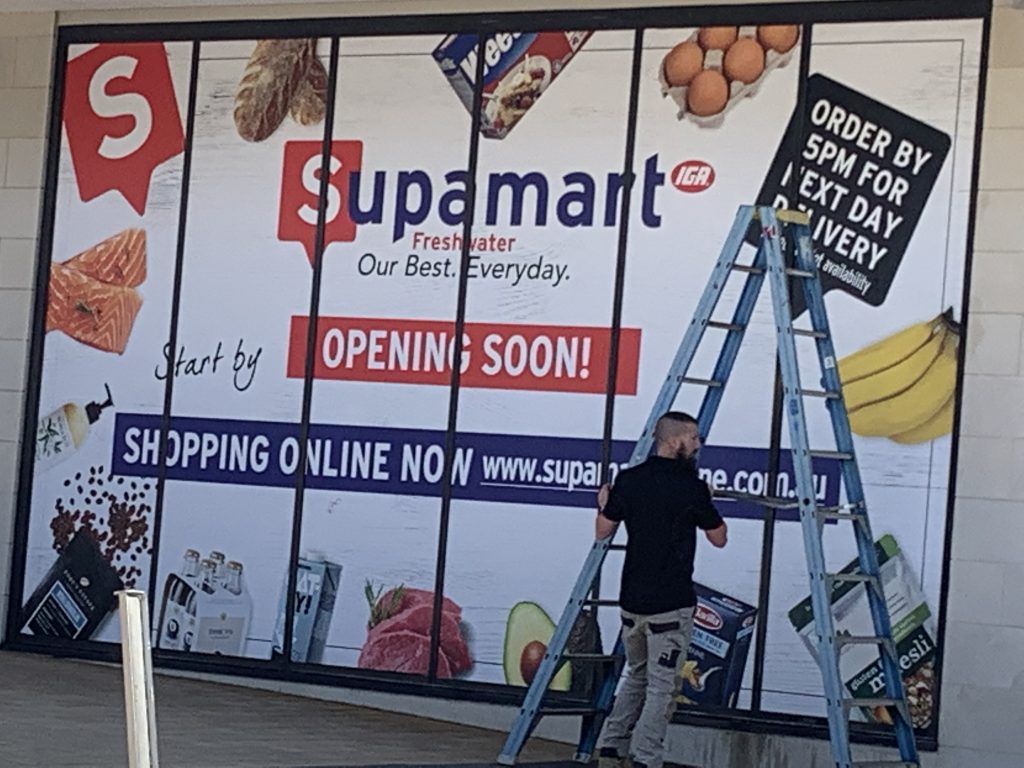 We have been waiting for such a long time for a local supermarket that it is hard not to feel cynical about a proposed opening of the Freshwater SuperMart IGA in November. Our community has been held in a state of suspended animation for way too long.

In Lockdown we are now being offered home deliveries from the SuperMart on line service based at Karellas Bros, Cremorne IGA. The Duke has already taken delivery of two packs in order to test the quality and timeliness of the product offering that were delivered from the Cremorne Store at this stage.

At the same time, secretively behind closed doors, fit-out work appears to be happening in the 1200 sq. space. 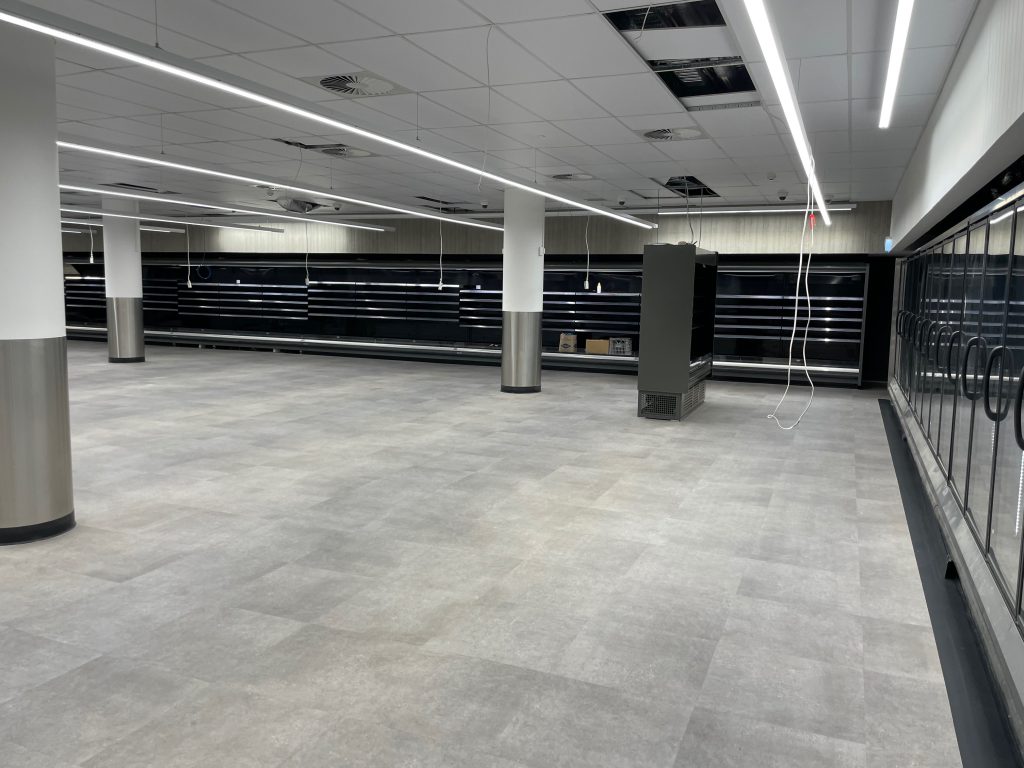 The owners of Supermart IGA are Vasilli and Andrew Karellas who have, over the last 20 years created a grocery empire and, with the addition of Freshwater, they now have 7 outlets.

Their first Supermarket purchase was in Cremorne where they purchased a former Jewel Supermarket outlet from Metcash. In addition to stocking standard Metcash/IGA items, they also sought to stock premium and eco-friendly products. They have replicated the same model at Blaxland, Pennant Hills, Harold Park and Pyrmont.   Freshwater is next on the list. 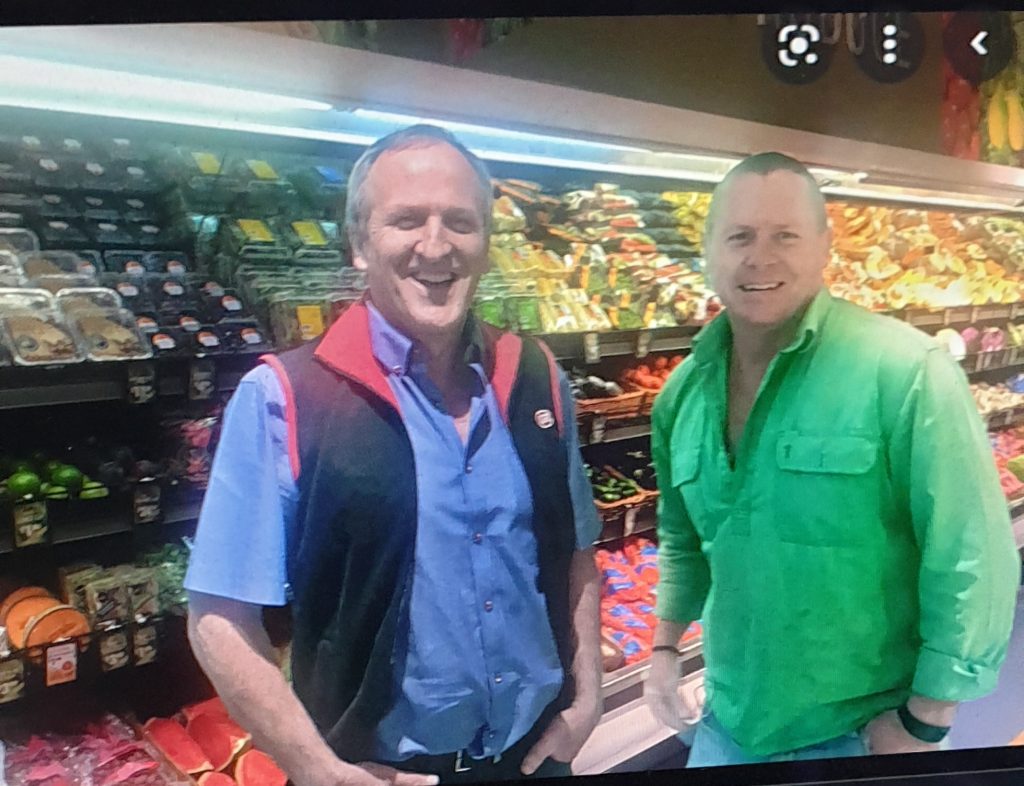 The Karellas Bros are now part of the newly established Co-operative Supermarkets Australia of which Vasilli is a Board Member.

Should anyone be seeking work in the Freshie Supermarket, resume’s are being accepted at Supermartonline.com.au. Daniel Pearse is the Merchandise Manager.  It will be recruiting for people to work in the following departments (Deli/Dairy/Freezer/Grocery/Front End Service and Produce.

With this opening, the presence of a Supermarket will have an immediate impact on surrounding businesses and foot traffic.  It will be something to celebrate.

The rapid uptake of electric powered vehicles is now a world-wide phenomenon.  This is also happening on the Northern Beaches. 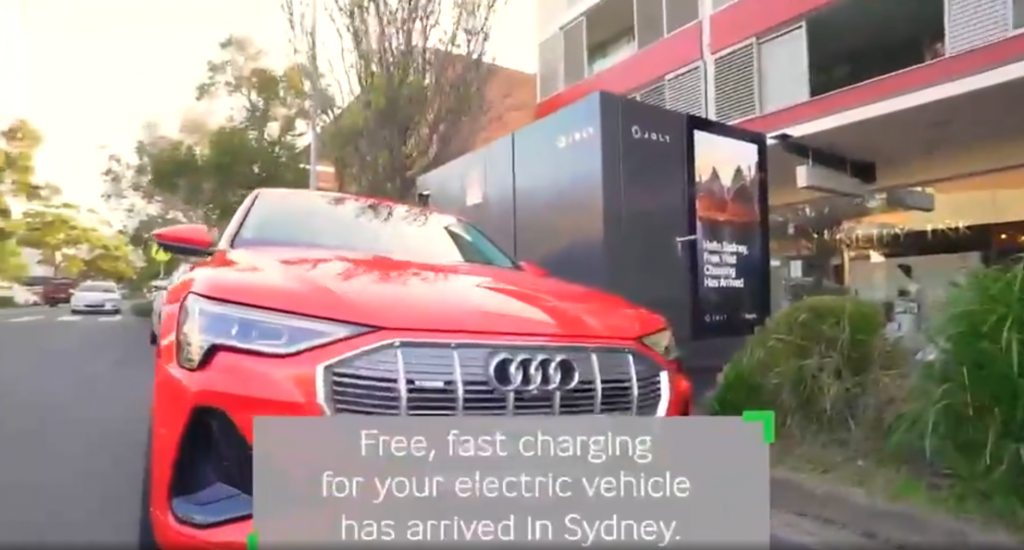 It recognised a joint program devised by Ausgrid and energy start-up, Jolt, to utilise energy distribution kiosks as Charging Stations. The chosen Kiosks would be modified to provide an initial 15-minute free charge for vehicles.  Those looking for a charge greater than 7KWH would be charged a fee. Jolt would be making its revenue from these charges and from paid advertising placed on the Kiosks.

In this Plan there is the briefest mention of a Kiosk site in Lawrence St but with no details. We assume that this is the Kiosk on the eastern corner of Lawrence and Dowling Streets.

Of course Freshwater has the optimal Charging sites in the Oliver Street Car Park. These would draw their energy from the adjacent Open Air Ausgrid Power Transfer Station.

The Friends of Freshwater recently made a submission on the proposed upgrade of Jacka Park.

By closing date of 5 September, 200 submissions were received by Council in this process. This indicates how valued this Park is view by the community.

Freshwater, as a suburb, has been identified by Council planners as having, other than Brookvale, the least green space of any suburb on the northern beaches.  In this context, JACKA PARK is particularly prized as an open green space uncommitted to a particular sport or activity. Now, with the provision of public amenities, it has come alive as a picnic area for families with young children. The upgrade to the playground facilities will be much appreciated. It is also used by a nearby School as a passive outbreak area.

Our initial discussions with Council included the relocation of the current playground away from the Freshwater Creek pipeline overflow area.   This was because the playground and its soft fall was regularly damp, mouldy and unhealthy for children of a crawling age. It was thought that the playground would be relocated further up the Park to a relatively drier area.

The current playground would then be modified to become an outdoor gym. These, in Covid Lockdown, are extremely well utilised elsewhere.

Disappointingly these concepts are not recognised in this Upgrade and given the pressure on Council to provide public amenities across the LGA are unlikely ever to be realised.

Our previous discussions with Council also included the provision of a further Shade Structure to complement the two existing Structures. Increased use of the Park by the community would make this a useful addition to the Park infrastructure.

The Friends of Freshwater has long been involved with Jacka Park.

Our involvement over the last decade has been with other community groups such as the Harbord RSL Sub Branch; the Soldiers Avenue of Honour Stakeholders Group, Freshwater SLSC and the Harbord Literary Institute and includes: –

In an attempt at a bit of whimsy, during the East Coast Lockdown, creatives such as Freshwater’s Susie Parker, Cathy Wagner and Denver Beven have established a “Fairy Garden” on Freshwater Beach’s southern headland.  This little Garden is specially reserved for a collection of coloured stones and timber spoons painted by members of the community. 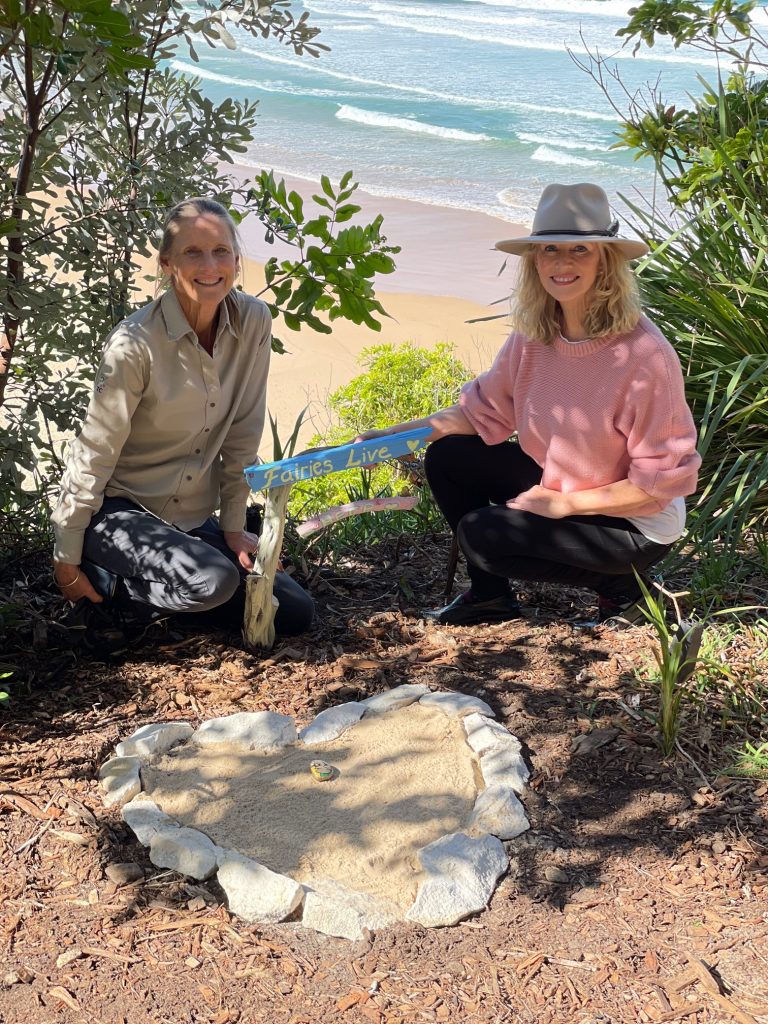 The coloured stone movement is like a nationwide scavenger hunt meant to promote positivity and kindness.  For those going through a hard time or simply in need of a small pick-me-up, creatives such as Susie, Denver and Cathy are out to spread a bit of happiness through establishing a collection of whimsical hand-painted rocks in their own sand garden bed. There are even cabins for the fairies. 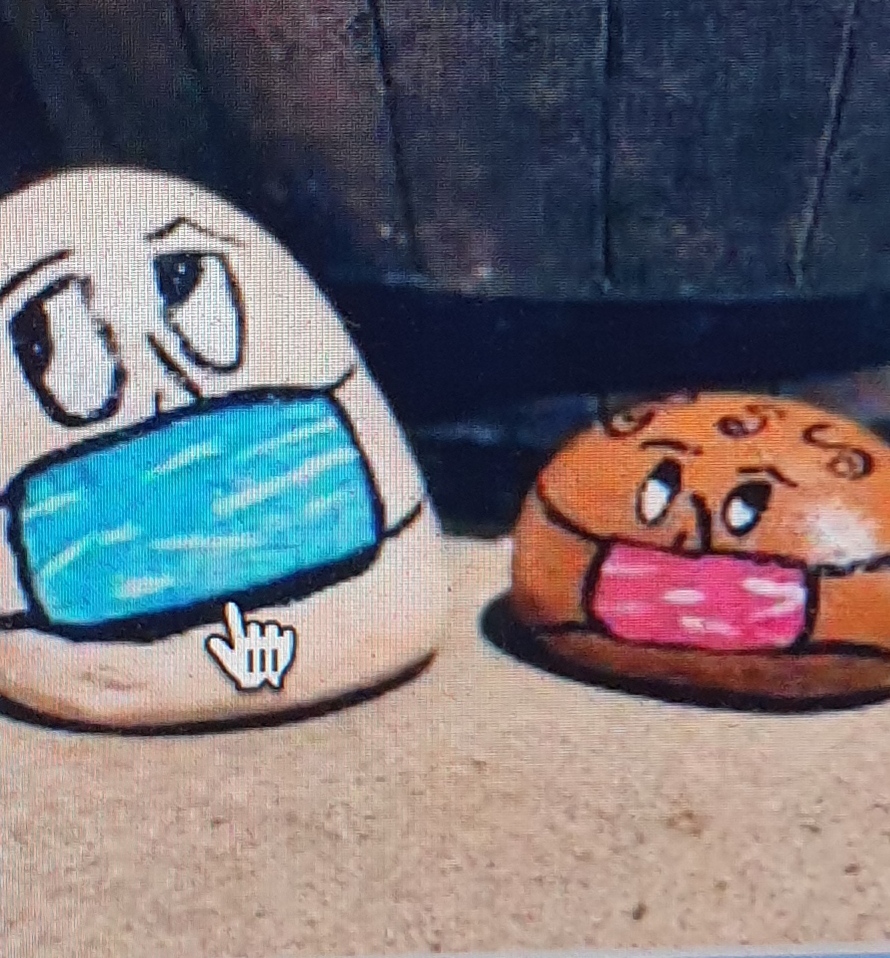 Needless to add that the Fairy Garden has been popular with parents and children on their daily beach walks.

Freshwater Beach’s southern headland is being restored by hardworking Friends of Freshwater volunteers who have been using the Lockdown period to clear weeds and replace with native plants, as part of their individual exercise activity. Swathes of weed-infested escarpment, which have not been touched for decades, have now been cleared and replanted.

WAVES YOUTH CENTRE TO BE SOLD BY MOUNTIES GROUP

Mounties have advised residents in the Watermark apartment complex that sits above the Harbord Diggers that Waves will be sold to fund acoustic dampening of the outdoor bar areas of the Club.

This is a decision full of irony given that it was the efforts of Diggers Club members, Harry Knox, Bill Messenger, Mackie Campbell and others, that got a youth centre established. It was to be their legacy to our community The families of these fine individuals, who still reside in our community, will be dismayed by this foreshadowed corporate decision.

The Friends of Freshwater will hold its annual AGM on Tuesday 26th October at 7pm ONLINE.

This year unfortunately this AGM will again be held as a Zoom Meeting and all current members will be sent a Zoom invite link and reminder.   Only financial members will be able to vote in the proceedings.
Please note that All Membership Fees become due at the Annual General MEETING (AGM) except for those who have joined since September 1 2021, including our community garden members.

As an apolitical community organisation it is important to maintain a significant voice in our community. 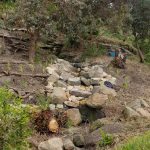 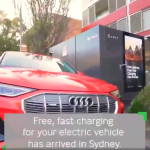