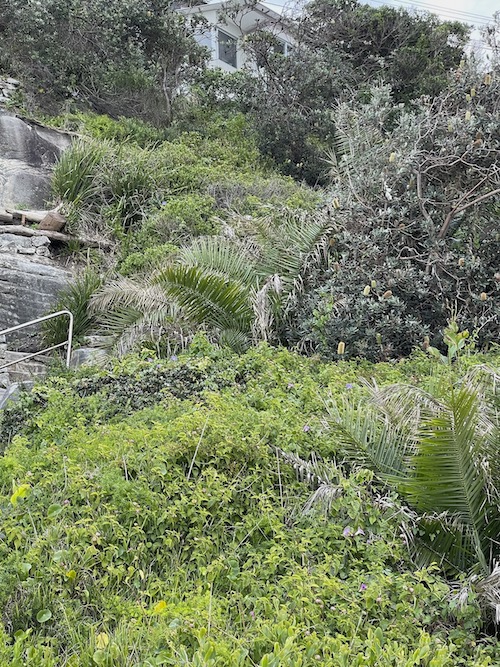 Decades of weed growth, which Council Officers thought was too overgrown to be redeemed, is steadily being removed by a dedicated team of Freshie volunteers under the auspices of the Friends of Freshwater.  Countless hours of labour have been put into this project at no cost to the ratepayer.

Along the way the volunteers have uncovered some pleasant surprises. 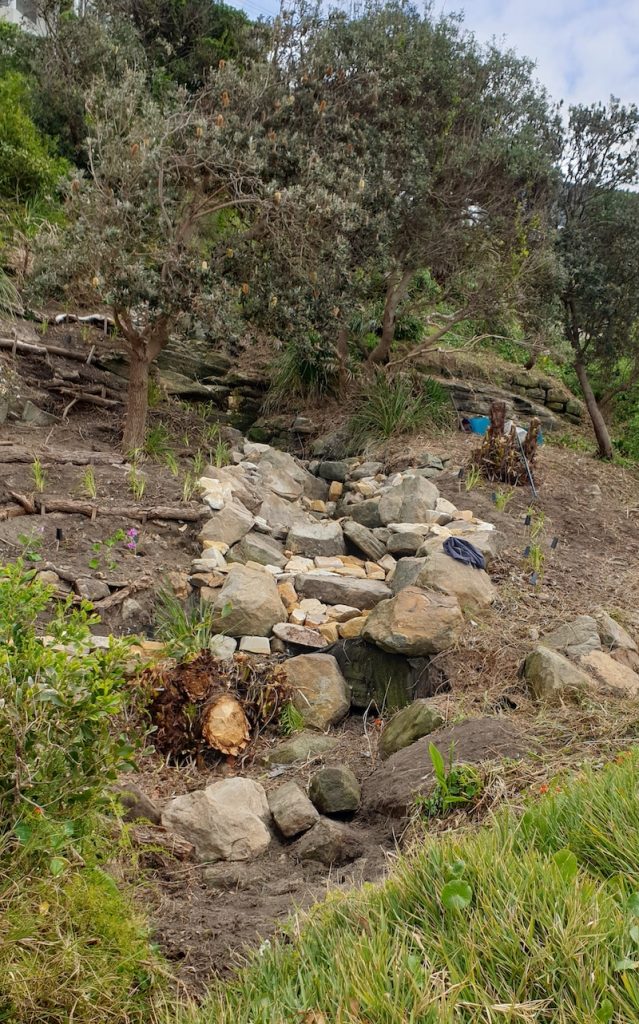 Much of the infestation arose around a large colony of Phoenix Palms, which Council has classified as a noxious weed because of its dangerous bacteria laden spikes. The canopy of these Palms overshadowed native plants and trees. Our volunteers have very carefully removed more than forty of these and the associated climbing weeds that hang off them.

There is still a fair way to go, but the volunteers are in for the long haul. 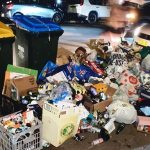 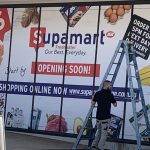