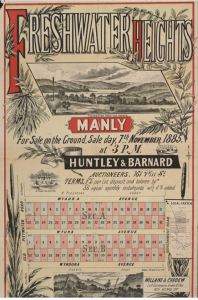 A volunteer group generated by Friends of Freshie and professionally supervised by Northern Beaches Council has been working for the last two years on removing weed infestation from Freshwater’s southern headland.

With 480 hours of volunteer work already provided by local residents, we are starting to make real progress and stabilising areas that were dominated by weeds. Where once spectacular views of the Beach were impeded by lantana and morning glory, now native plants are returning.

If anyone would like to join us in our project, you would be most welcome. We work on a fortnightly basis for 2 hours, every second Thursday, and our next session is on Thursday 16 March from 1pm.