The Freshwater Coastal Open Space Master Plan has been a project by the Northern Beaches Council inroduced in early 2017 and voted on and adopted by council in May 2018. It includes some major changes that approved in principal are yet to have final plans drawn up for community release and comment.

It appears the process having been approved in May 2018, after the earlier community discussion has well and truely begun with their relevant authorities and will be broken down into completion projects to be completed by 2024-25 into 4 separate phases, not including the extension of Curl Curl to Freshwater boardwalk from its current end in front of the ‘Diggers club’ to continue to join directly with McKillop Park via a cliff edge boardwalk for construction by 2021-22.

Here is the current MasterPlan details as published on the Northern Beaches Council site: 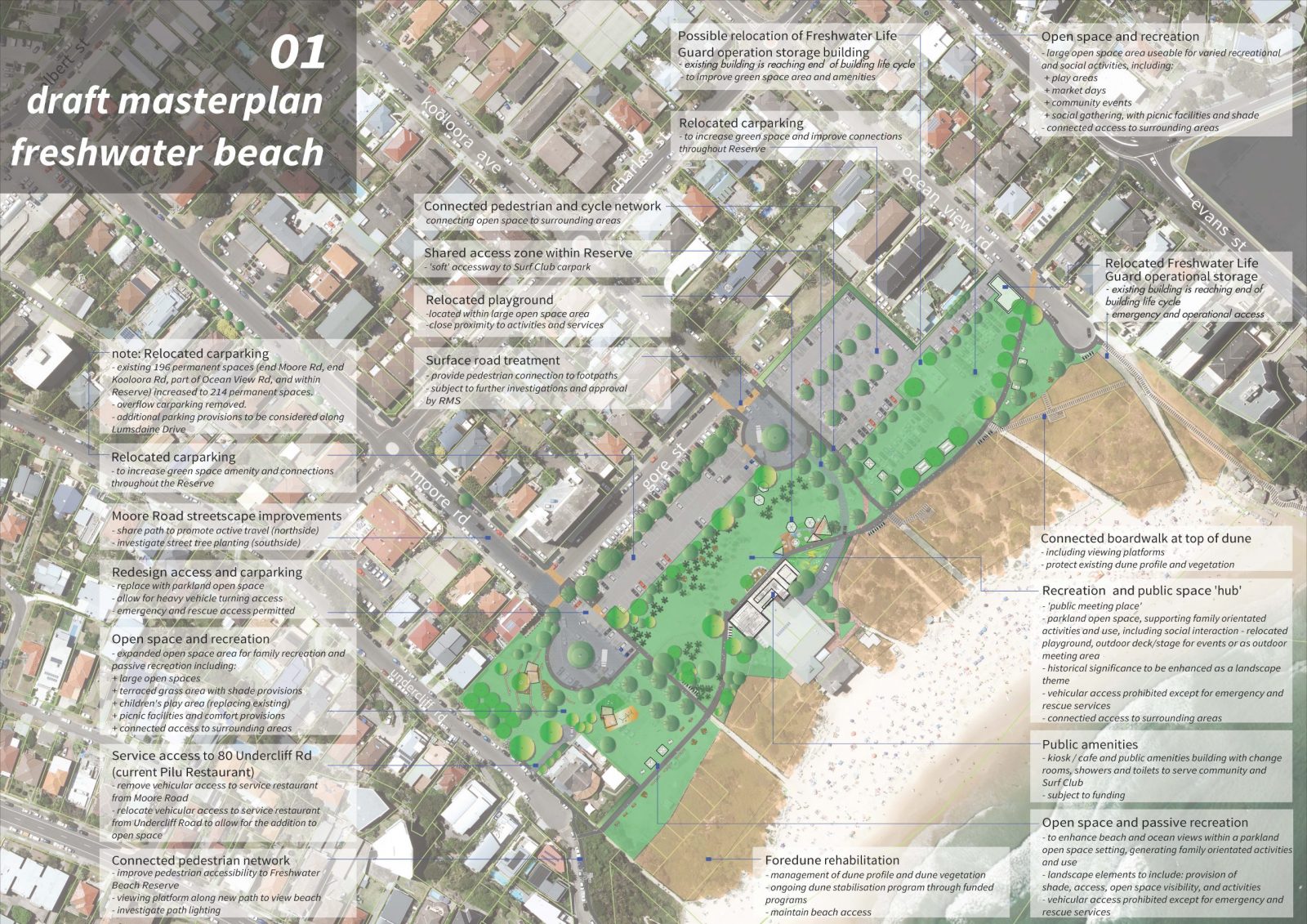 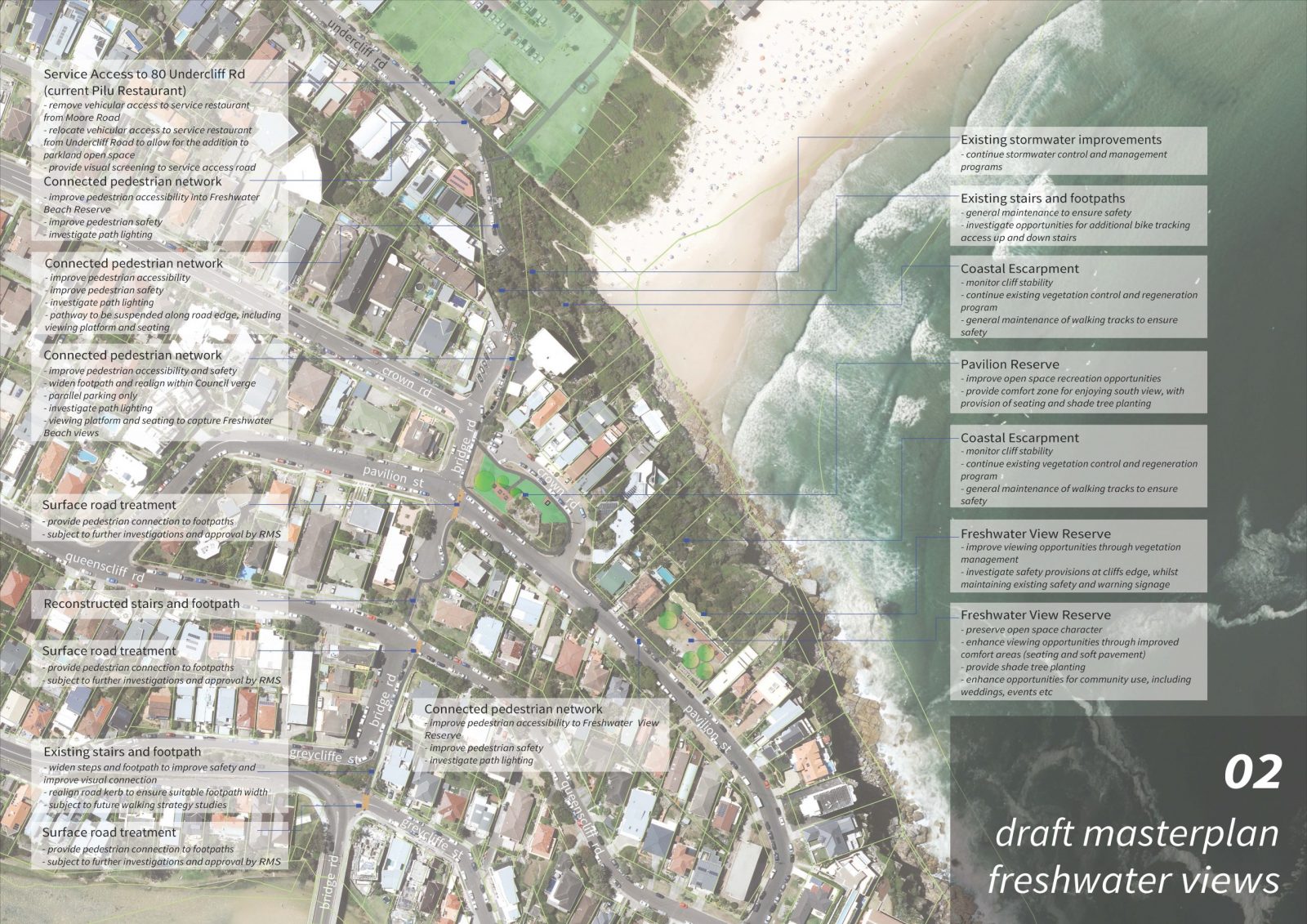 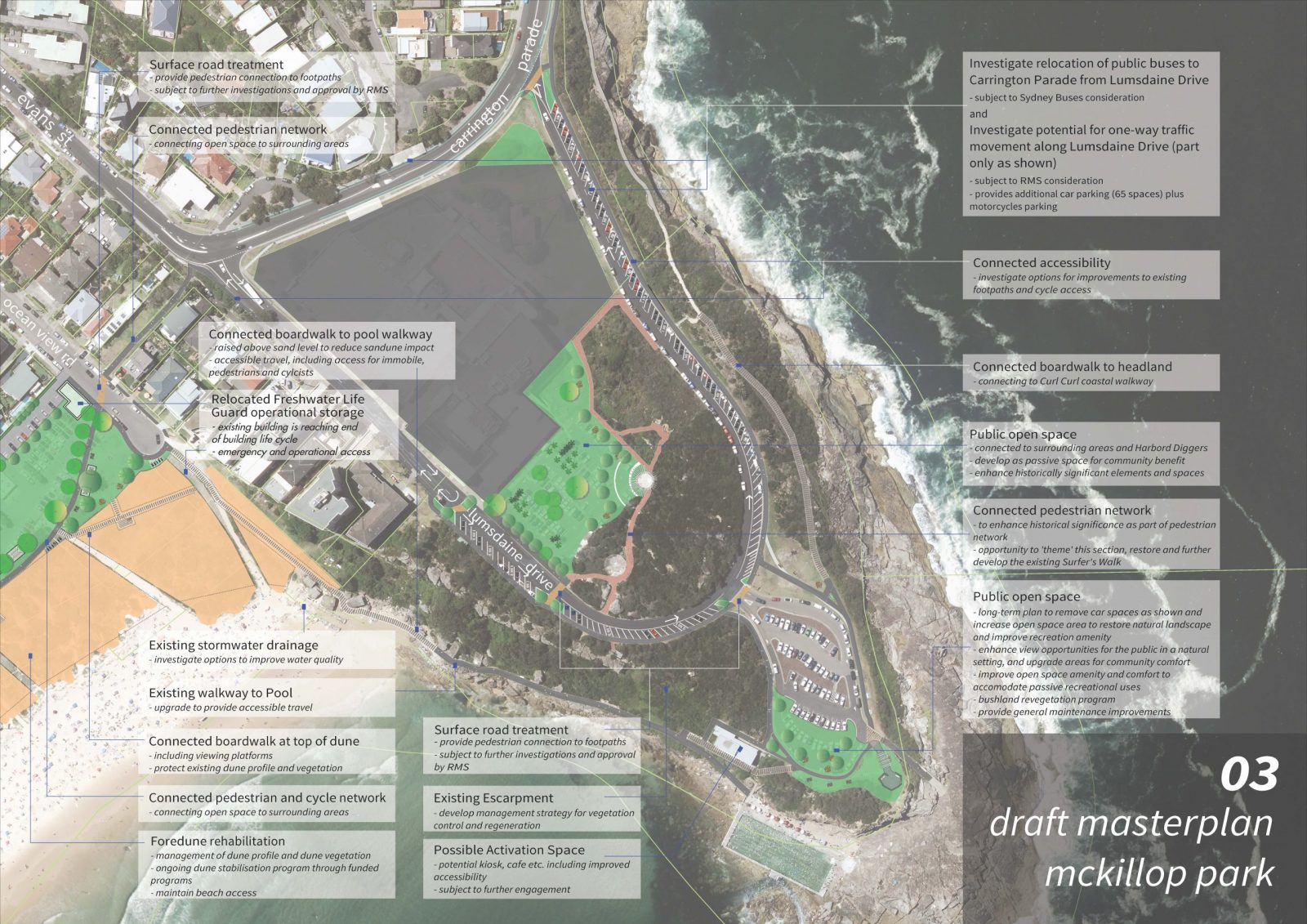 The direct link to the NBC Council site is <click here>